You are here: Home1 / Meghan Markle 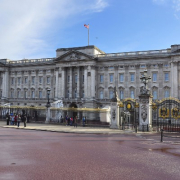 Commentators in the UK are calling on CBS to postpone airing the Oprah interview with Prince Harry and Meghan Markle, in which it’s expected that the two will expose and attack the abuse within the royal family that Markle, and Harry’s mother Diana, endured within their time in the palace. UK residents are also claiming the interview should be postponed out of respect for Prince Philip who is currently hospitalized with an infection.

Philip is 99 and recently was moved to a specialist heart hospital to help beat the infection. Sources close to the royal family claim that they are “pretty appalled at the idea of the interview.” Oprah herself has claimed that Meghan says some “pretty shocking things” throughout the interview.

Penny Junor is the author of the novel Prince Harry, Brother, Soldier, Son, who spoke with the media recently about how although she supports Harry and Meghan and wants the interview to air, they should consider postponing airing it while Prince Philip is in the hospital because it will give the media the perfect opportunity to spin the interview onto Meghan and Harry.

“Anything could hijack this interview. Philip is ill, he is 99 and could die at any time. They were not to know he would get ill but it could be seen to be the wrong time.”

Junot went on to explain that she doubts they’ll “postpone the interview, after all the control is in the hands of CBS and Oprah.” Robbery Lacey is the historical consultant for The Crown who also spoke with the media expressing the opposite viewpoint about the interview: “I think it would be a marvelous turnaround for Harry’s image if he took the brave step of cancelling the whole thing this weekend, or if that’s not practical, postponing it at least.”

Critics responded to Lacey’s claims and explained that it really is out of Harry’s control, mentioning that Harry’s image among his family is obviously one of the last things he’s concerned about now. Richard Fitzwilliams is a royal commentator who also expressed that he believed the interview should be postponed.

“Oprah is their friend and neighbor and would undoubtedly comply if asked and the gesture would I am sure be appreciated by the royal family. If an interview has been extended, as this recently has, it can also be postponed, as this undoubtedly should be.”

A TV industry insider working for CBS recently claimed that “CBS has already sold millions of dollars worth of advertising around this interview, but the bosses are aware of the delicacy of the Duke’s health. They have no loyalty to the royal family, although some feel as though they do to Harry and Meghan. For it to run if Philip’s condition worsened would be like setting off a diplomatic bomb.”

The interview is currently projected to air on CBS this Sunday, March 7th at 8 p.m. PT/ET. 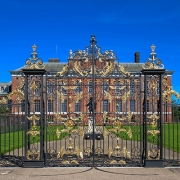 Just twenty months ago millions of royal fans around the world stopped what they were doing, grabbed their snacks and sat down to watch as Suits actress Meghan Markle married her prince and became part of the United Kingdom’s Royal Family. Following her marriage to Harry – sixth in line to the throne – many expected exciting news from the couple, with royal experts everywhere announcing the start of a new phase in the future of the royals.

However things could not be more different for the couple today. Following on from the fall out of Markle’s family – including her father not attending her wedding at Windsor Castle and her half-sister selling stories to media outlets around the world – the Windsor’s have seen a very different side to married life than the majority of us would.

Following accusations of racism from some of the world’s press as well as “untruths” being reported about Markle, many felt that their refusal to show off new-born Archie in the “traditional” manner was a snub to all of those who had supported them. A documentary last year highlighted just how bad the couple felt things had become, with a tearful Markle admitting she was finding things hard and Harry seemingly confirming his fall out with brother William.

This was swiftly followed by lawsuits against several media outlets in the UK, as well as the announcement of their six-week sabbatical – including staying away from the traditional Christmas family gathering at the Queen’s residence in Norfolk, Sandringham. Therefore it comes as no surprise that they have decided to step away from senior royal life. What has been a surprise is the way they have dealt with the issue.

It has been claimed that they did not consult the Queen nor Prince Charles (Harry’s grandmother and father) regarding their decision, a move that not only is a major breach of protocol but has allegedly left a mood of ‘disappointment’ within the family.

The decision, made after “many months of reflection and internal discussions,” was announced via their Instagram account and confirmed they will be working towards becoming financially independent. Current rules dictate that they are unable to earn income in any form meaning they are funded by their country’s taxpayer as well as money from Prince Charles’ Duchy of Cornwall estate. By stepping down as senior royals they will no longer be entitled to the money from the state however they will still need security which poses the question as to who pays for it.

Prince Harry has made it clear that he is unhappy with the way the world’s media have been treating his wife, comparing it to the treatment that he feels ultimately killed his mother Diana, Princess of Wales in August 1997 when he was only twelve years old. The effect of losing his mother at such a young age – along with the circumstances of her death as well as the fact he believes neither he nor brother William should have had to follow their mother’s hearse as it made it’s way to Westminster Abbey, London for her funeral – has clearly impacted his mental health, something he has only been able to talk about recently.

Watching him open up in his interview in Africa it was clear to see that he is a troubled man. He clearly feels that stepping away from the public eye at this time will give his new wife and baby the freedom that he so craves. However he has maintained his determination to fully support Her Majesty The Queen and continue to “honor our duty to the Queen, the Commonwealth, and our patronages.” It is believed he will continue to work with his foundation The Invictus Games, an organization that works with military personnel that were wounded, injured or sick (WIS) throughout or as a result of their service.

The Sussex’s are also looking forward to working on their new charity, although it is unclear as yet what this may be.

Stepping back from being senior royals means they will be able to raise their son in both the UK and in North America with royal commentators speculating that they may move to Canada where they recently spent their Christmas break and where Markle spent seven years while filming her role as Rachel Zane in the hit legal drama Suits. She also has many friends still living in the country and the couple made a visit to meet Canada’s High Commissioner to the UK Janice Charette to say thank you for their recent trip.

With Prince Andrew recently being stripped of his role in the Royal Family, after his alleged involvement with pedophile Jeffery Epstein, and now Prince Harry stepping down it could be the start of the new look, slimmed down family that many have spent years calling for. A portrait was recently released with The Queen and three of her heirs to the throne, Princes’ Charles, William and George, and it could be that this is the new look of the monarchy.