You are here: Home1 / memoir 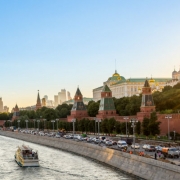 Edward Snowden, the infamous whistleblower who in 2013 revealed the extent of the NSA’s surveillance on ordinary citizens, has written a memoir entitled Permanent Record which releases tomorrow, September 17th. Snowden, 36, has lived with his wife in Moscow ever since leaking highly classified government information to The Guardian and The Washington Post. Snowden was charged by the Obama administration with theft of government property and violating the Espionage Act, and his passport was revoked. Snowden never intended on living in Russia in the long term, and was actually en route to Havana, Cuba when his passport was cancelled, leaving him stuck in Russia. Snowden has advocated for greater asylum protection for whistleblowers such as himself around the world, and has expressed regret about the fact that the only safe place for him to live is in Russia, not in Europe where protections on free speech and privacy are thought to be more respected.

Despite being physically restricted to his home in Moscow, Snowden has been active in intelligence community circles, particular among organizations devoted to digital privacy and freedom. Oftentimes, Snowden will appear virtually at conferences over the internet, sometimes taking advantage of a telepresence robot to speak at events around the world. Though it’s been six years since his controversial decision to share classified information about the NSA’s surveillance, Snowden has recently gained attention in the news media as he is promoting his upcoming memoir. In 2013, Snowden applied for asylum in many countries, including France and was offered asylum in four countries, but was unable to travel to any of them without passing through a country which would have extradited him to the US.

Snowden has stated that while he is located in Russia, he has no interest in providing commentary on Russian politics and feels that he lives “on the Internet.” Snowden, however, has said that Russia is a beautiful country with friendly people. His asylum status in Russia, however, is temporary; initially he was granted asylum for only one year, but his permission to stay in the country has since been extended and is now set to expire in 2020. Snowden still considers himself an American, and wants to return to his home country; however, as he believes he would not be granted a fair trial in the States and would likely face a lengthy prison term with the threat of solitary confinement, he doesn’t consider this an option. Snowden argues that, by leaking information about the NSA, he acted in the public interest and thus didn’t break the law; however, under the terms of his indictment Snowden would not be allowed to mount a public interest defense, rendering this justification moot in the eyes of the legal system.

Snowden no longer disguises himself in public, and moves freely about his city, visiting restaurants, cafes, and art galleries, and spending time with friends.

In his memoir, Snowden describes his experience using the internet to communicate anonymously with like-minded individuals while he was growing up, the circumstances that led to his becoming interested in computer science, hacking, and privacy, and the experiences he had in the military and working for Booz-Allen, a security contractor for the US government. Snowden expresses his concern that global intelligence communities are moving towards having the capacity to create a profile detailing all of the conversations and behaviors of everybody on the planet, and is particularly worried about the surveillance behavior made possible by advancements in artificial intelligence, which have the potential to make the widespread collection of data on ordinary people even more accurate and detailed.

Though he’d prefer to live in a different country, Snowden has grown accustomed to his life in Russia. When he first arrived, he was deathly afraid of leaving his apartment for fear of being captured by the authorities, and when he did go outdoors he would wear scarves, hats, and coats to disguise his appearance. Now, several years later, Snowden no longer disguises himself in public, and moves freely about his city, visiting restaurants, cafes, and art galleries, and spending time with friends. He makes his living by collecting fees for speaking with students, civil rights activists, and others, and though it is not yet released, his memoir is already the #1 Best Seller in Amazon’s Political Intelligence category. Though he is stuck within Russia’s borders, Snowden enjoys travelling, and has visited St. Petersburg and the Black Sea resort of Sochi, among other places.