You are here: Home1 / memory loss 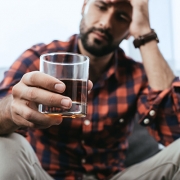 Ketamine is a powerful drug with a number of medical applications. While it is sometimes taken recreationally for its sedative and hallucinatory properties, it has also been used as a surgical anesthetic, particularly during the Vietnam War. It can also provide pain relief, and is even being used in the treatment of severe depression. Now, recent research shows that the drug may also be useful for treating alcohol addiction by disrupting positive memories associated with drinking in patients.

Drug addiction is a serious illness, and while alcohol is a legal drug, the effects of alcoholism are devastating, causing psychological and physical problems and leading in some cases to death. Alcohol is also a notoriously difficult drug to quit, as the drug causes physical dependency as well as withdrawal symptoms upon cessation. As such, there exists significant interest in exploring pharmacological aids that can help with alcoholism, and ketamine has emerged as an unlikely candidate.

The theory for how ketamine can help with alcoholism has to do with the role memory plays in perpetuating addiction. One of the most difficult things for people who are looking to free themselves from drug addiction to navigate is the numerous positive memories they have built up in association with the drug over time, and how these memories inform their decision making. Ketamine is well-known for causing memory loss, and this is the effect that doctors hope will soon be widespread in treating alcoholism.

The research in question involved the use of anesthetic ketamine to deliberately dismantle positive associations people had with alcohol. In the study, heavy drinkers who used ketamine under the direction of the researchers “reduced their alcohol consumption for at least 9 months,” a promising development for the long-term treatment of alcoholism. While ketamine is not a drug that is fully understood, scientists have determined that the drug blocks NMDA receptors in the brain, which are instrumental in allowing the brain to form and restabilize memories.

In the study, the treatment was targeted to only disrupt positive memories associated with alcohol use. Volunteers were initially presented with images of alcoholic beverages and then prompted to drink a beer. On their next visit, these volunteers were shown the images again, but instead of drinking alcohol received a high dose of intravenous ketamine. The researchers wanted to surprise the volunteers in order to allow the brain to re-write some of the memories associated with alcohol, using ketamine to break the brain’s association between alcohol and rewarding feelings. This group of volunteers was tested against a control group, who received a placebo instead of ketamine, and a third group who were shown pictures of orange juice instead of beer.

After ten days, the group who were shown images of beer and then given ketamine reported a significant decrease in their urge to drink a beer, while the other two groups showed little change. In the following days and months, all three groups reduced their drinking, but the first group showed the most significant reduction in alcohol consumption. After nine months, they had cut their weekly beer intake approximately in half, while the control groups saw a reduction of 35%.

While the results are impressive, the subject needs more research to determine whether the effects can be replicated and exactly how ketamine works in the brain to change memories. The study did not involve brain imaging data, and as such, scientists don’t know exactly what happened to the volunteers’ memories. Also, as ketamine is not completely understood, it’s not clear if there are other effects of the drug that affect alcohol consumption. However, given these promising early results and the relatively good safety record of ketamine use, this recent study provides a good foundation for further research.