You are here: Home1 / mercedes-benz 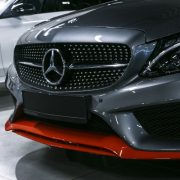 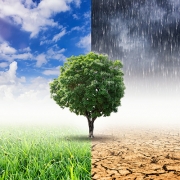 On Thursday, the EPA is set to announce rollbacks on regulations on methane emissions, which are a major contributor to climate change. As it stands, oil and gas companies are required by federal regulations to install and maintain technology that inspects and fixes wells, pipelines, and storage facilities with the potential to leak methane. With these regulations gone, companies would have no legal requirement to ensure that excess methane is not released into the air.

Although these changes are required by law to undergo a period of public comment and review, this process is unlikely to change the outcome of the rollback. (In 2017, 99.7% of public comments opposed rolling back net neutrality regulations; the FCC dismantled these regulations anyway, suggesting that governmental agencies’ public comment periods can have little to no impact on their ultimate decisions.) Notably, several companies in the oil and gas industry oppose this regulatory change. While the American Petroleum Institute praised the proposed change in rules, calling it “a smarter way of targeting methane emissions,” Exxon, BP, and Shell have urged the Trump administration to maintain key elements of the regulation.

While it may seem counter-intuitive for these companies to oppose loosening restrictions on the emission of greenhouse gases, oil and gas companies have given several reasons for supporting environmental regulations. One reason has to do with messaging: as the arguments favoring the belief that climate change is both man-made and potentially disastrous become increasingly irrefutable, oil and gas companies are re-branding themselves as favoring renewable sources of energy. As such, it would be hypocritical for them to oppose environmental regulations. Additionally, the view that natural gas is a cleaner source of energy than oil requires that methane emissions are curtailed as much as possible, as the process of extracting and refining natural gas has a strong potential to cause methane leaks if not handled carefully.

This is not the only case where companies have opposed the Trump administration’s rolling back of environmental regulations that impact their business. This summer, Ford, Volkswagen, Honda, BMW, and Mercedes-Benz teamed up with the state of California to oppose auto emissions rollbacks. These rollbacks, which have not yet been implemented, would reverse a rule requiring automobiles to reach an average of 54.5 miles per gallon by 2025, lowering the standard to just 37 miles per gallon. However, 13 states, including California, have vowed to continue to enforce the regulation, leading to a potential disparity in regulations between states and a splintering of the automobile market. As such, some auto manufacturers have sided with California over the Trump administration, seeking to abide by standards that would allow them to continue producing a single fleet of vehicles for all 50 states.

Additionally, the Trump administration has sought to roll back regulations on mercury emissions that were instituted by the Obama administration in 2011. As human exposure to mercury leads to serious health problems, the regulations on the permissible amount of mercury in the environment were strict, and as a result of these regulations mercury pollution has fallen by 70 percent. Although coal companies such as Duke Energy opposed the regulation, due to the substantial financial burden of installing the technology necessary for compliance, they now oppose rolling back the regulation, as they fear that the money they spent will go to waste if they are not obligated to continue monitoring and reducing mercury emissions.

While somewhat surprising, the shift of oil, gas, and automotive companies towards a more environmentally friendly and consumer-oriented approach is part of a larger trend created by the vacuum of leadership in government combined with worsening environmental and economic conditions. Recently, Business Roundtable announced that many of the world’s major CEOs would shift their focus away from prioritizing shareholders to prioritizing stakeholders in an effort to ensure a healthier and more inclusive economy. This announcement was made in the context of tax cuts that benefited the wealthy at the expense of the middle and lower classes; fearful that the rise of income inequality would lead to an unstable economic situation, the free market reacted by reorganizing its priorities to support a growth in consumer’s spending power. A similar philosophy is driving energy companies such as BP to focus on “green” solutions for harnessing energy. The long-term viability of this practice of self-regulation remains to be seen.