You are here: Home1 / merger

TiVo made an announcement earlier in the year that they were preparing to “split itself into two,” becoming a product as well as an IP business. The sole aim for this change in business was to make the company more appealing to potential buyers. However, those plans have now been paused thanks to a $3 billion merger with technology licencor Xperi Corporation, creating “one of the largest licensing companies in the world.”

Both companies will see their product businesses alongside their IP licensing businesses unified together with the goal that they will be operated as two separate companies, allowing the potential of a sell off for one of the units in the future.

As a result of the merging of both TiVo and Xperi – a licensing company specializing in semiconductor technology as well as owning several A/V brands – the new company is to be named Xperi, operating in San Jose, California. They will keep the TiVo brand and continue to promote their entertainment services alongside Xperi’s HD Radio, IMAX Enhanced and DTS brands.

Once the deal has been completed the new company will see Jon Kirchner, Xperi’s current CEO, will become CEO of the parent company while Xperi’s Robert Anderson will continue in his role as CFO. However David Shull, TiVo’s CEO, will stay on as a strategic investor until the deal has been finalized. Kirchner will also be on the new company’s board alongside six other directors, 3 to be appointed by Xperi and 3 by TiVo.

Following the news it was also announced that all stockholder shares from both companies will automatically be converted into shares in the new company, on the fixed ratio of 0.4555 Xperi share per existing TiVo share. Once completed, TiVo stockholders will own around 53.5% of the company while Xperi stockholders will own 45.5%.

Royal Bank of Canada and Bank of America will refinance the debt that each company currently has –totaling $1.1 billion between them – on a combined basis. The companies also announced that there is currently $1.09 billion in Xperi billings and TiVo revenue plus over $250 million in operating cash flow. These figures are for the twelve months ending 30 September 2019 and are on a pro forma basis.

The $3 billion sum is the total value of TiVo and Xperi with both companies viewing the deal as a merger, rather than a takeover. Yet according to reports TiVo has been valued at around $1.2 billion in this deal so the fully diluted equity value of the new company would be $2.4 billion, while the enterprise value is around $3 billion.

Rovi originally bought TiVo in 2016 for $1.1 billion – mainly for the vast amount of patents they hold – and kept the TiVo name once the deal was completed. Since then TiVo – who were once a leader in DVRs – has found it difficult to contain consumer interest thanks to market changes which has seen an increase in smart TVs as well as media players such as Fire TV, Apple TV and Roku.

TiVo branded software and technologies have continued to be sold to cable operators Virgin Media, Suddenlink, Mediacom and many others, however TiVo started moving away from the sale of hardware, instead focusing more on providing software to third-party devices. They have also secured patent-licensing deals with several pay-TV operators – Sky, Cox, Charter, Altice USA, Verizon and AT&T to name a few – however they have also been tied to a legal dispute with Comcast.

Between them, the two separate companies have a patent portfolio of more than 10,000 patents as well as applications with “minimal overlap.”

On top of this, the new company are working on how they can grow TiVo’s content aggregation and discovery as well as their recommendation capabilities, making sure they include Xperi’s auto, home and mobile devices. Alongside these plans, TiVo are aiming to present their product news at this January’s CES, meaning more information will soon be available.

In a statement, Jon Kirchner confirms:

“This landmark combination brings together two highly complementary companies poised to set the industry standard for user experiences across the digital value chain. Together, we will be able to integrate TiVo’s leading content aggregation, metadata, discovery, and recommendation capabilities with our home, automotive, and mobile technology solutions to help our customers create experiences that excite and delight consumers.

Additionally, the combined company will continue to unlock the value of our strategic and sizable patent portfolios by bringing together our deep industry expertise and powerful innovation engines. Through greater scale and diversity, we will deliver attractive and sustainable long-term cash flow and shareholder value.” 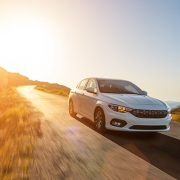 A merger between two car giants has seen the world’s fourth largest carmaker formed with both companies agreeing that the new company will have the “leadership, resources and scale to be at the forefront of a new era of sustainable mobility.”

France’s PSA, who own Peugeot, and Fiat Chrysler have agreed a deal that would create a combined revenue of $189 billion. Both companies confirmed their “combination agreement” would enable them to invest more in new technologies as well as enable them to become an industry leader.

Each company’s shareholders will own 50 percent with the deal believed to be reshaping the automobile industry thanks to the current revolution and further investment into developing self-driving vehicles as well as electric systems. Currently FCA are working on an electric version of the Fiat 500 while the PSA Group are launching several EVs including the Vauxhall Corsa-e and the Peugeot e-208.

The new corporation will have a combined operating profit of over $11 billion with a workforce of 400,000 around the world and 8.7 million automobile sales, meaning the company will be bigger than Hyundai-Kia and General Motors, while in Europe they would outsell long-standing Volkswagen, who has dominated sales.

Currently the company believes to make annual cost savings of $4.1 billion while there has been confirmation that no plants will have to close.

However the stronger purchasing power will provide around 40 percent of the cost savings, with increased product, platform and technology investments equating for a further 40 percent. These savings together should create over $3 billion.

Before the announcement their market capitalizations mean the new company will be valued at over $45 billion.

Italy’s Agnelli family controls FCA and will keep John Elkann on as Chairman while Carlos Tavares of PSA receives a mandate of five years as chief executive officer and confirmed, “our merger is a huge opportunity to take a stronger position in the auto industry as we seek to master the transition to a world of clean, safe and sustainable mobility and to provide our customers with world-class products, technology and services.”

While the transaction is expected to be completed within the next 12 to 15 months. this is dependent on both companies’ regulatory clearances and their shareholders’ approval.

In October both companies confirmed they were in discussions of a merger resulting in shares increasing in PSA by 1.5 percent on Wednesday morning, though FCA’s stocks had not moved.

The portfolio of brands that both companies will bring to the table covers not only the mainstream sectors but also the premium and luxury segments. This means their brands will now include Alfa Romeo, Jeep and Dodge from FCA while PSA will bring Vauxhall, Citroën and Opel.

And while North America will be generating around 43 percent of the sales the biggest market will be across Europe, which equates for 46 percent of all revenues. This backs up the announcement that PSA-FCA will be focusing on its core markets of North America, Latin America and Europe, although they will also “reshape the strategy in other regions.” The companies have both had difficulties in the Chinese market in recent history and it is believed the new entity will be shifting some focus there.

The deal was not always FCA’s first choice as they were in talks with French rival Renault, however they fell through earlier in the year. While PSA is looking at its second high-profile agreement in the last two years after they bought Opel-Vauxhall from General Motors of the US in 2017, bringing about a huge change to the corporation.

To ensure that the balance of value between the two companies is level, FCA will be paying a $6.12billion special dividend to their shareholders. However, PSA will be distributing their 46% stake in components supplier Faurecia to its investors.

FCA is also working on a separation of its equity in Italian robot-making company Comau. Both companies will also be paying out a $1.22 billion dividend and once the merger has been completed FCA investors will receive one share each while PSA shareholders will each receive 1.742 shares.

Jefferies analyst Philippe Houchois confirmed the final terms would be “slightly improved” for PSA shareholders while the shares will be listed in New York, Paris and Milan. There will also be a seven-year period in which the group’s biggest investors – BPI, Dongfeng (which has agreed to drop their stake to just 4.5% meaning they will not be able to have a seat on the board), Exor and the Peugeot family – must keep their shareholding.

While the new name of the company has yet to be announced, FCA Chief Executive Mike Manley confirms, “this is a union of two companies with incredible brands and a skilled and dedicated workforce. Both have faced the toughest of times and have emerged as agile, smart, formidable competitors.”