You are here: Home1 / sears 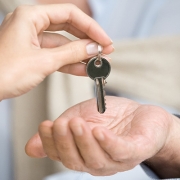 The real estate market in America has seen its fair share of ups and downs throughout 2019 including the fall of interest rates and the increase in house prices – we recently saw the “Beverly Hillbillies house” in California sell to Lachlan Murdoch for around $150 million. We also saw many of our shopping malls close, even though the commercial real estate sector was on the increase. And although many Americans are struggling to find property they can actually afford, investors were seeing their efforts being rewarded. But what is predicted for 2020?
According to fool.com there are several key predictions their team believe will be hitting us in 2020. We took a look at some of them here:

The rise in shopping online has seen the decline for traditional “brick and mortar stores,” meaning many retailers, including J.C. Penney and Sears, have had to close large numbers of their shops – with many more losing their businesses altogether.

In an attempt to buck this trend, many malls are changing some of their space from retail to entertainment and leisure with gyms, restaurants, hotels and bowling alleys just some of the ways they are trying to entice money back to their premises. This looks to continue into the new year, but in the short term many landlords will be finding it hard to find the new tenants, leaving the consumer with fewer outlets to choose from.

More starter homes will be built

At the end of the Great Recession the number of starter homes being built were low thanks to the number of people being able to afford them also being at a record low. This in turn led to all new builds being aimed at those that had the money to spare.

2020 has been predicted as the year that investors will start to build more starter homes to cope with the demand of young people who want to buy their first home. 2019 saw orders for starter homes increase and with the economy in a strong position – and unemployment continuing to stay low – it seems that the trend will continue.

America is currently in the middle of a housing crisis with the requirement of low cost housing at a high, not just for the lower earners but also those on a median wage.

According to a recent report, more than 7 million citizens are seeking homes in America, a demand that is not as of yet being met. And while in the past not-for-profit organizations or government bodies have had to find the money to resolve this, the new local and federal tax incentives alongside upcoming rent control laws mean the private sector are finally able to help resolve the situation, without affecting their bottom line.

When developers roll into neighborhoods across America with the aim to knock down homes and replace them with high-rises they are often seen as the baddies, the villains in the real estate story. However, with the affordable housing crisis continuing into 2020 it seems that many are looking at this option as the only option, much to the disapproval of others.

Earlier in 2019 Gavin Newsom, the governor of California, overrode single-family zoning while homeowners in the wealthier communities of Los Angeles have gathered together against transit-oriented community (TOC) developments, higher density developments and any other developments that could potentially resolve the crisis.

But as in every situation, you get the good and the bad. In the case of the LA issues, the TOC incentives have seen several new developments being brought forward and there have been a variety of investors trying to create solutions. However, while they are looking at multifamily investments by implementing smaller projects to see if they work, some of the developers of luxury condos are dedicating as little as possible of their low-income units in the hope they too can be awarded some of the incentives.

Over in Newark, Mayor Ras Baraka’s 2017 ordinance “Inclusionary Zoning for Affordable Housing” has helped to protect some of its most vulnerable residents yet has invited multifamily developers to the area as well as tech communities and even a $2.7 billion renovation at their airport.

With all of this in mind, the problems created by these multifamily housing problems are predicted to increase with many “not in my backyard” (NIMBY) feelings being brought forward by the neighborhoods as well as the anger that has been seen up and down the country when any type of gentrification has been implemented.