You are here: Home1 / second amendment 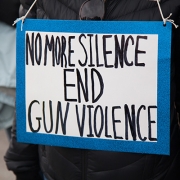 Canada is well-known for having much lower rates of gun violence than the United States, thanks to tighter gun control laws among other factors. However, in the past several years, the city of Toronto has seen more gun violence than ever before, according to Toronto police. Last year, 760 people were shot in the city, and 44 of these people died from their wounds, which is triple the number of shooting victims in 2014. Understandably, city officials are concerned by these statistics, and are scrambling to determine what caused the massive spike in gun violence and how best to address it.

Multiple theories have been proposed to explain the recent surge. Canada does not have the equivalent of the American second amendment in its constitution, making it much easier for the government to enact laws restricting access to firearms. Between 2006 and 2015, the country’s Conservative Party controlled the government, and during that time the government dismantled a national gun registry, which until 2012 required gun owners to sign a list indicating that they owned a firearm. After the dismantling of this registry, the country underwent a spike in imports of firearms from the U.S., letting nearly 2 million guns into the country. The Conservative government made it much easier to import restricted weapons, like semi-automatic rifles and handguns, meaning that there are not only many more guns in the country but that they are more dangerous as well.

According to Wendy Cukier, the head of the Toronto-based Coalition for Gun Control, when gun control laws were strengthened in Canada a reduction of incidents of gun violence—particularly suicide—occurred, and when the Conservative government dismantled these restrictions, gun violence rose again. The removal of the national gun registry coincided with a 40% increase in rates of gun violence throughout the country, according to Canada’s government statistics agency.

Others blame rising economic inequality for the recent violence. Toronto Police Chief Mark Saunders has blamed the gun violence on gang activity, which he thinks is on the rise due to the city’s growing numbers of poor people, who are most likely to be involved in the illegal drug trade. While Toronto is currently a very economically successful city, much of the city’s wealth is concentrated in the hands of very few, leaving much of the city’s population without the opportunities afforded to middle- and upper-class citizens of the country. People with fewer life opportunities are more likely to resort to drugs or gang activity, creating a drain on the society at large.

While the liberal Prime Minister Justin Trudeau was recently re-elected, the Trudeau government has failed to institute gun control measures for fear of alienating rural citizens who are more likely to be gun owners. However, given the severity of the increase in gun violence across the nation, this is likely to change soon. In fact, the Trudeau government plans to introduce legislation next year for a ban on military-style assault rifles and a plan to buy assault rifles back from cooperating gun owners. As a parliament containing a majority of liberal members was recently elected, such a law is likely to pass fairly quickly.