You are here: Home1 / seniors 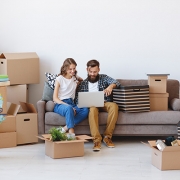 In a country where owning your own home has always been seen as something of a status symbol it is a change to the norm that many residents are now preferring the option to “lifestyle rent” rather than invest in their own bricks and mortar.

The recent trend of renting as a choice has grown throughout the 2010s and it seems that it is destined to continue to grow throughout the 2020s, with many Americans choosing to rent closer to their work, saving themselves quality time that they would otherwise be spending commuting from their affordable house further out of town.

Research analyst for RENTCafe Michaela Buzec believes that lifestyle renting “offers flexibility and freedom to move around and change neighborhoods or cities. It’s also a matter of affordability, since home prices in big, desirable cities increased significantly. This trend is scattered throughout the country, but it’s most evident in the expensive markets.”

America currently has a housing affordability issue with house prices increasing quicker than income in the majority of the US market so there are also those who could not afford to purchase their own home even if they chose to.

But it is not just those that are fresh out of college that are opting for renting. Many empty nesters are downsizing and heading to areas that they may not necessarily have been able to afford. There is also the understanding that if you move to an area that you do not like, it is far easier to move from rented accommodation than having to sell your home. It is also a fantastic way to get around some of the high house prices that have appeared over the last decade.

Research also shows that many families are getting swallowed up by debt once they own their own home, with mortgage repayments just the beginning of the costs that owning your own home brings. So although many rental properties have one significantly higher bill – many lease agreements cost more than the average mortgage repayment – many of the other bills such as commuting, repairs and maintenance are either reduced or removed completely. Landlords have a duty of care to provide a home for their tenants that is safe and secure and any issues you have should be taken care of as part of your rental agreement, meaning the money home owners are putting aside each month can be put towards the rent instead.

Another great savings is the amount of money renters would not have to pay in property taxes which vary between states. And although many landlords request a security deposit, this is small compared to the down payment that is required when purchasing your own home, with many mortgage providers requesting around 20% of the property’s price.

Renting in the 2010s saw a huge increase in the percentage of renters with 74 percent more renters in 2019 than there were in the 1960s. Currently over 100 million Americans are living in rental properties thanks to the number of renters increasing far quicker than those purchasing their own homes.

And it is not just financially that renting can benefit you but it can help you in a health capacity too. By moving closer to work it is more convenient to walk, or even cycle, not just to work but also to any entertainment or retail locations you may want to visit. This also reduces the costs of the wear and tear on your vehicle as well as the money you would have spent on gas and parking.

A recent study of why people chose to rent in the last ten years saw that the reasons were varied, with some stating their financial requirements – such as high student loans as well as the increase in the housing market prices. However others felt the need to rent due to the ever-changing job market with long-term job security no longer an option for many American workers.

Although in the past it was easier to have job security, many employees find they have to move regularly for work meaning owning their property is not always the best option. This is clearly evident in cities where there used to be a homeowner majority such as Memphis, Tennessee; Detroit, Michigan or Stockton in California, who have all seen their renter majority increase over the past decade although Springfield in Missouri is one of the top ten cheapest cities to rent.

“Perhaps the most surprising aspect is to see cohorts traditionally oriented towards homeownership give up this status and willingly start renting. These include seniors and high-earning Americans, who see renting as the better option for their situations. This fact supports the most prominent trend of the decade, that of renting as a choice, more than simply a solution.”