You are here: Home1 / shakes 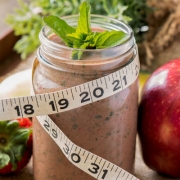 You may have seen ads for brands like Soylent and Huel on Instagram or elsewhere on the web. These products purport to provide cheap and nutritionally-dense alternatives to meals, and are marketed to generally healthy people who don’t want to continue to invest time and money into meals throughout the day. While most people are likely to reject the notion of giving up breakfast, lunch, and/or dinner in favor of what ostensibly amounts to little more than a protein shake, the idea is attractive to a particular demographic. People who are deeply invested in their work, whether they are students or professionals, may see convenience and simplicity in meal replacement shakes, which are undoubtedly the easiest way to satisfy hunger throughout the day. However, replacing ordinary food with these products is certainly a major lifestyle change, and as a result there may be unintended side effects in doing so.

The implicit message in the advertising of Soylent and Huel is that these meal replacement shakes are the healthiest way to eat, as they contain all of the nutrients necessary to fuel the human body without unhealthy ingredients. Huel, a portmanteau of “human fuel,” is sold as a “nutritionally complete food,” for instance, and Soylent’s website describes the product as “engineered nutrition.” For a certain population of people who have a proclivity towards optimizing and streamlining all aspects of their lives, this can be a convincing argument. The health benefits of switching to meal replacement shakes, however, are not so clear. It’s important to note that everyone’s dietary needs are unique, and neither Huel nor Soylent recommend replacing food with their products entirely.

Nevertheless, a number of people have experimented with doing exactly that, and have written about their experience on the internet. Jared Hill, for instance, decided to consume nothing but Huel’s shakes for a week and documented the process online. He found the product to be filling and, while not particularly exciting, the taste was acceptable. However, after a few days Hill found that he was having difficulty adjusting to such a rapid change of diet, a found himself craving solid food. After a week, Hill had returned to eating normal food in the evenings, but continued to use Huel as a replacement for breakfast and lunch, enjoying the convenience and affordability of doing so. Katia Moskvitch, writing for WIRED, drank Soylent and Huel for a month, though she did not replace food entirely with the shakes. Moskvitch quickly found that incorporating the products into her diet led to “taste fatigue,” as she quickly grew bored of drinking the same thing every day. Additionally, Moskvitch spoke with nutritionists who were skeptical of the products, who suggested it would be much healthier to make your own nutritional shakes.

It’s worth mentioning that despite the health claims featured on both companies’ websites, professional nutritionists are generally cautious about recommending meal replacement shakes. In addition to concerns about the nutritional viability of relying on these products in the long term, there are potential psychological impacts as well – eating is often a social behavior, and replacing meals with friends and family with Huel or Soylent can have detrimental emotional consequences. Additionally, losing the opportunity to taste different foods throughout the week can have negative emotional effects.

Still, Huel’s and Soylent’s products have a number of unique benefits for particular audiences. For people who are on a budget, there is perhaps no cheaper way to eat, as both Huel and Soylent cost fewer than two dollars per meal. Additionally, Huel is compatible with vegan diets, and the environmental impact of these drinks is minimal compared to the meals they are intended to replace. Furthermore, people who are dieting can take much of the guesswork out of managing the ratio and amount of nutrients they are eating, as this information is accurately represented by nutrition labels on the products. And people who absolutely hate cooking or preparing their meals in advance, but aren’t interested in eating fast food or takeout because of the price and health implications, may benefit from incorporating these products into their diets.

As with all things relating to nutrition, deciding whether or not meal replacement shakes are right for you is a personal decision. As such, you should take into consideration your personal dietary and lifestyle needs, and it’s always a good idea to have a conversation with your doctor about any lifestyle or health changes you are considering.