You are here: Home1 / Shia LaBeouf 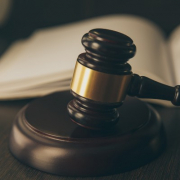 Singer FKA Twigs recently filed a lawsuit against actor Shia LaBeouf, alleging that he caused her severe emotional distress during their relationship through physical and emotional abuse. Singer Sia showed her support to Twigs on social media this past weekend, along with her own accusations against LaBeouf.

In a social media post made this past Saturday, Sia recommended that all individuals in the entertainment industry “stay away” from LaBeouf, claiming that she has been “emotionally hurt” by the actor. LaBeouf and Sia first worked together back in 2015 for her music video “Elastic Hearts.”

“I believe he’s very sick and I have compassion for him AND his victims. Just know, if you love yourself – stay safe, stay away.”

Sia continued in her post to claim that LaBeouf was a “pathological liar who conned me into an adulterous relationship claiming to be single.” The singer didn’t elaborate much more on the history or timeline of her relationship with Labeouf, or the emotional hurt that he caused her, however, it’s speculated that based on the adulterous comments their relationship likely occurred around when the music video was filmed; at the time LaBeouf was dating his now ex-wife Mia Goth.

LaBeouf and Goth had their own tumultuous relationship forced in the public eye after they got into an aggressive verbal altercation in public that was filmed by onlookers. Eventually a group of men pulled LaBeouf away and drove him home where he supposedly told the men that if he stayed back with Goth he “would’ve killed her.”

Once Twigs filed the lawsuit, she took to her Instagram to discuss the difficulty of deciding to file and go so public with it: “My second worst nightmare is being forced to share with the world that I am a survivor of domestic violence. My first worst nightmare is not telling anyone and knowing that I could have helped even just one person by sharing my story. It was hard for me to process that I was in an emotionally and physically abusive relationship and never thought something like this would happen to me.”

The lawsuit was filed last Friday in Los Angeles Superior Court. Twigs listed five “causes of action” for the suit, which included battery, sexual battery, assault, emotional distress, and gross negligence. She’s seeking unspecified monetary damages from him and besides Twigs other women were also cited in the suit who have a history of abusive relationships with LaBeouf. The lawsuit also asserts that LaBeouf knowingly gave Twigs a sexually transmitted disease.

“I’d like to be able to raise awareness on the tactics that abusers use to control you and take away your agency.”

Twigs spoke with the New York Times the day the suit went public, claiming that she wanted to go public with her story to show how even a critically acclaimed musician with money, a home, and a strong network of individuals supporting her could be caught in this type of situation. LaBeouf surprisingly responded to Twigs’ article after the Times requested a comment from him, in which he claimed that he was “not in any position to tell anyone how my behavior made them feel. I have no excuses for my alcoholism or aggression, only rationalizations. I have been abusive to myself and everyone around me for years. I have a history of hurting the people closest to me. I’m ashamed of that history and am sorry to those I hurt. There is nothing else I can really say.” There is currently no word on when the suit will be heard in court.