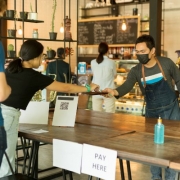 As the many small businesses of America struggle to stay afloat during this pandemic that requires everyone to stay inside, the Small Business Administration (SBA) is working to ensure that they’re as protected as possible to survive this economic crisis. The SBA recently issued a new set of guidelines regarding their loan system that’s meant to make it less likely for big businesses to access the next round of funding that the US government deals out as a part of its small business relief program.

After the first round of small business payments were dealt out by the government, many individuals expressed their outrage online that so many large companies in the US were able to access the resources and thus take it away from actual small businesses that need the money. There are currently still thousands of small businesses across the country that haven’t received any sort of financial protections from the government, while hundreds of millions of dollars in loans have already been given to larger corporations.

According to the SBA, any companies now applying for coronavirus relief funding, referred to as the Paycheck Protection Program or PPP, must certify that the loans are necessary, and the only option for the business in terms of financial compensation.

“Borrowers still must certify in good faith that their PPP loan request is necessary. It is unlikely that a public company with substantial market value and access to capital markets will be able to make the required certification in good faith, and such a company should be prepared to demonstrate to SBA, upon request, the basis for its certification,”  the SBA said.

The initial round of funding dealt out $350 billion to various companies throughout the US. For the second round, an additional $310 billion will be given out to hopefully new small businesses that need it, however, industry executives aren’t expecting this fund to last that long, as the first round of PPP payments was finished after a little over a week.

Helping small businesses stay alive was actually president Trump’s administration’s main goal when creating the $2 trillion-plus economic response fund for the coronavirus pandemic. During the initial round of funding is when small businesses became angry, however,  as large restaurant and hotel companies were able to apply for loans up to $10 million, and a majority of the ones that did were companies that were worth more than $100 million in stock.

JPMorgan Chase and Bank of America have been two of the bigger corporations dealing with the ins and outs of these small business loans for most companies throughout the country, and thus they’re also receiving the most criticism for the first round of payments. Small businesses are claiming that this is a classic example of corporations looking out for one another while disregarding smaller businesses struggling to survive, a claim that JPMorgan has denied.

In the new SBA guidelines, the Administration is appearing to allow banks to rely on the small business claims exclusively as evidence for why they need the loan. However, the guidelines also state that any bank that dealt out a PPP loan to a larger public company in the initial round of payments can avoid any sort of repercussions by returning the relief loans within the next two weeks so the money can be redistributed.

Hopefully these new guidelines help the millions of small businesses across the US survive to see this pandemic end and thrive once we return to a world of normal local retail therapy.