You are here: Home1 / spikes 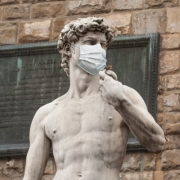 Three months after the coronavirus pandemic reached Brazil the country is now reporting more than 1,000 Covid-19 related deaths every day. This past Thursday the federal health administration announced that Brazil has officially surpassed 2 million confirmed cases of the virus, and 76,000 citizens have died.

Like in America, many healthcare experts are blaming this massive and consistent rise in case/death numbers on the denial of the virus’ severity from individuals in political power, especially Brazil’s President Jair Bolsonaro. Bolsonaro has received major backlash throughout the past few months for undermining health experts’ warnings about the coronavirus, and not taking social distancing recommendations seriously; he also is currently battling Covid-19.

There’s also been a massive lack of coordination between healthcare industry workers and politicians throughout this pandemic in Brazil, which as we’ve seen from countries like New Zealand, is essential if they want to see a real decrease in case numbers.

Many city and state governments within Brazil have also been called out multiple times for prematurely reopening businesses despite health experts recommendations to do the opposite. As of right now, an interim health minister, who according to media reports is untrained in the field, is now presiding over the pandemic response.

Former health minister Luiz Henrique Mandetta recently spoke with the Associated Press, where he compared the 7,000 Covid-19 related deaths that have occurred in Brazil throughout the past seven weeks to “several airplanes packed with Brazilians crashing every single day.”

“People have become callous. When you say ‘yesterday there were 1,300 deaths’ people say ‘ok, then it didn’t go up. It was the same the day before too.’”

Brazil’s case numbers make them the second most infected country in the world, right behind the US. Experts believe case numbers in both countries are likely a lot larger, but lack of testing facilities/results is skewing the data. Within the past two weeks alone 10 out of Brazil’s 26 states have seen massive increases in case numbers.

Citizens have been struggling to balance working while protecting themselves, but continuing on in order to earn money, this is especially true for agriculture workers.

“Until it knocks at your door, people are indifferent. Yesterday there were 1,300 deaths from COVID-19. Is that supposed to be few? People are saying that’s just the media. I hear that every day at work.”

Health experts predict that if Brazil continues to remain as open as it is now the death toll will reach 200,000 by November. Like in the US, the major difference that needs to happen is a complete overhaul of how the current administration has handled the virus. Healthcare experts need to have more control over the policies that are put into play, as they’re the ones seeing first hand how badly this virus is impacting different communities.

In the meantime, it’s important that every citizen does their part as well by wearing a mask, practicing social distancing whenever in a public setting, and continuing to wash your hands/sanitize consistently. 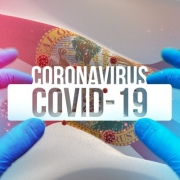 END_OF_DOCUMENT_TOKEN_TO_BE_REPLACED

Health experts and government officials have been fearful of a second wave of Covid-19 cases since the virus first entered America. Now, with 19 states reporting a spike in new cases, their fears are becoming a reality.

24 states are reporting a downward trend in new cases, and the remaining seven states have held steady with their case numbers. According to the constant live updates from Johns Hopkins University, more than 1.9 million Americans have been infected with the virus and more than 112,000 have died.

Arizona is one of the 19 states that’s enduring a second spike in new cases. At their initial peak Arizona’s intensive care unit beds were 78% in use, according to reports, and now about 76% are in use. In response Arizona’s Department of Health Services is calling for hospitals to “be judicious” with what elective surgeries they perform to keep as many beds open as possible.

Bed capacity and medical resources in general have been top priority in America, as many healthcare facilities have been struggling to stay completely stocked up on all things needed for Covid-19. Health experts have already confirmed that a second-wave is going to happen based on the trends we’re seeing in these 19 states now, and the casual reopening of multiple states and metropolitans across the country.

With no vaccine or solid drug treatment available, health experts have criticized the federal government for its lack of action in combating this virus from the moment it appeared in America. These new cases are likely a result of the multiple Memorial Day weekend outings that many citizens attended despite experts and government warnings against doing so. Public health experts are also urging everyone who’s been attending a protest within the past few weeks/in the future to stay diligent about wearing a mask and protecting yourself, and to also monitor yourself for symptoms two weeks after attending.

“Though disease experts at the FDA expect there will be multiple coronavirus vaccines in the future, the amount of people who will not take advantage of it puts herd immunity at risk. Remember that it is 30% or 40% of the population will not take this vaccine, even if the vaccine effectiveness is 70 or 80%. We will not be in a position to have herd immunity,” Dr. Peter Marks, the director of the US Food and Drug Administration’s Centers for Biologics Evaluation and Research, said.

Dr. Anthony Fauci, Director of the National Institute of Allergy and Infectious Diseases, recently said that the road to medical intervention for Covid-19 will be a long one, as “providing billions of doses of potential vaccines to everyone around the world will take the work of researchers around the world.”

As of March over 200 Covid-19 vaccine clinical trials have been occurring. Johns Hopkins has claimed that many of the vaccine plans are lacking important scientific components, however, given the urgency of the pandemic, this is an instance in which “further research” isn’t fully required. Creating at least a solid drug treatment plan is also top priority.

For now, the future of this pandemic is still unknown, however, regardless of your state’s restrictions, you should still be taking the coronavirus as seriously as you were a few months ago. In order to truly stop the spread it’s up to all of us joining together, staying indoors, and waiting for a vaccine to appear.