You are here: Home1 / sports ban 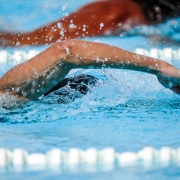 Sun Yang, a triple Olympic swimming champion, has been officially banned from the sport for eight years following his absence at an out-of-competition doping test, according to the Court of Arbitration for Sport (CAS). The test was meant to take place in September 2018, and although FINA, the International Swimming Federation, did attempt to clear Sun for his misconduct, both CAS and the World Anti-Doping Agency (WADA) decided to make an appeal against FINA’s choice and ban the swimmer instead.

Sun is 28-years-old and throughout his career he was often referred to as one of China’s top athletes, as he won two Olympic gold medals at the 2012 London Games and the 2016 Rio de Janeiro Games. Now, he’s facing a ban that’s duration is just as long as his career so far. An eight year ban is the maximum sentence that CAS can give out, and the decision between CAS and WADA came relatively easy considering the fact that this isn’t Sun’s first time being banned for doping; in 2014 he served a year-long ban for the same reason.

WADA claimed to be very “satisfied that justice in this case has been rendered,” as many are viewing this as a “long time coming.” Just last year, Sun won a gold medal at the 2019 World Aquatic Championships in South Korea for the 200 meter freestyle. When it was time to step up to the podium, British swimmer Duncan Scott, who also placed in the same event, refused to shake hands or pose next to Sun; this also occurred just days after Australian swimmer Mack Horton did the same thing in response to Sun winning another swimming event. Both athletes knew of Sun’s past with doping and his more recent refusal to take WADA’s required doping tests.  Horton’s even gone as far as to call Sun a “drug cheat” in response to his success before the ruling.

“I fully respect and support the decision that has been made and announced by the Court of Arbitration for Sport this morning. I believe in clean sport and a level playing field for all athletes and I trust in CAS and WADA to uphold these values,” Scott said after the ruling.

Altercation between Sun and Scott after the 200m freestyle

Other professional swimmers also were quite public with their satisfaction regarding the ruling, as they feel when individuals who use drugs to advance their own careers, it poses as a major disadvantage for all other athletes who are actually working hard to get to the Olympic stage.

“I feel like it’s not only about me. It’s about James Guy who finished fourth in that race [2016 Rio De Janeiro event where Sun placed gold], whoever came ninth and whoever came 17th missed out on Olympic finals and semifinals. It’s a snowball effect. At the end of the day, you’re killing generations of swimmers by not punishing these drug cheats because for example, if Guy had got bronze and on the podium, it could have changed his life,” Olympic champion Chad le Clos said.

According to Chinese news agencies, Sun said he will be appealing the CAS ruling claiming it to be unfair while maintaining his innocence. The Chinese Swimming Association also is standing behind Sun to “continue to safeguard his legitimate rights through legal means.” The swimming association made a statement in which they claim that the September 2018 doping test, that Sun refused to partake in, was due to the testing being done by “untrained and unqualified personnel” and the accusations against him are  “illegal and invalid.”

They claim that WADA must specify their anti-doping rules and stop ignoring the rights of athletes to professional doping personnel who will have access to these intimate vitals. However, WADA stands behind their decision and is fine with taking the matter back to court.