You are here: Home1 / steyer 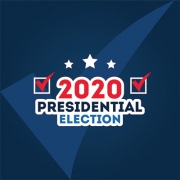 In what may very well make for one of the most contentious nights of the primary process thus far, six of the country’s top Democrats will share a stage in Des Moines tonight, each debating to convince the American voter that they are the most qualified candidate to beat Donald Trump in November. The debate comes amid multiple, highly consequential stories surrounding the Trump administration; not only is Nancy Pelosi planning to hold a vote to send impeachment managers and the articles of impeachment to the Senate tomorrow, but the president recently made perhaps the most significant foreign policy decision of his presidency by ordering the death of the Iranian general Qasem Suleimani, taking Iran and the United States to the brink of war.

And as if that weren’t enough, the debate follows accusations that Sanders told Warren in a 2018 meeting that a woman can’t win the presidency, a claim that Sanders vehemently denies as he accused Warren’s staff of lying and contradicted Warren’s retelling of events. Questions about the details of this meeting and the stark divide between the two candidates’ claims on the subject will likely emerge tonight among questions on a bevy of other topics.

As the primary process has continued, the field of Democrats who qualify for the debate stage has narrowed to just six, including two women and no one of color. Andrew Yang, the only non-white candidate who qualified for the last debate, did not meet the requirements for this one, resulting in a field totally lacking in racial diversity, much to the chagrin of progressive members of the party. Questions concerning racial justice are likely to arise tonight, and while Democrats onstage will surely lament the lack of candidates of color among them, their comments about race are likely to be considered with scrutiny among non-white voters, many of whom are disappointed about the lack of diversity remaining among the front-runners.

Given the questions about the potential for conflict in the Middle East and the country’s desire to avoid war with Iran, Sanders and Biden are likely to butt heads over their differing votes in 2002 about the invasion of Iraq; Biden voted for the attack while Sanders, famously, voted against it. The decision to invade Iraq was based on the false claim that there existed weapons of mass destruction in the region; none were found, and the Iraq war is now largely considered to have been a mistake. Biden has previously defended his decision to vote in favor of the Iraq War, arguing that it was the best decision to make given the information that was available at the time. Sanders has accused the former vice president of having poor judgment in his decision on Iraq before and will likely do so again, and Biden will likely attempt to justify his choice rather than admit a mistake and apologize for it, in keeping with his prior comments on the matter.

At this relatively-early point in the primary, Biden remains the clear leader, with Sanders gaining momentum thanks to strong poll numbers in Ohio and a massive fundraising haul of $34.5 million last quarter. While Biden consistently polls better than any other candidate, Sanders has perhaps the most loyal and energized coalition of voters, many of whom contributed small-dollar donations to the campaign, allowing for more ad buys, staff, and local organization. Biden’s performances in recent debates have been given mixed reviews, and although he’s consistently been placed center-stage as the unambiguous front-runner, he has failed to make himself the center of attention in past debates, with that honor going to contenders like Senator Kamala Harris and Pete Buttigieg.

Given the presence of billionaire Tom Steyer on the debate stage, who has gained popularity by investing his massive personal fortune into his presidential campaign, the question of campaign finance reform is likely to be introduced. The two progressive candidates have made a point of demonstrating that they are not beholden to wealthy donors by refusing to accept their contributions. Sanders has spoken consistently of the importance of not taking money from large corporations, instead relying on small individual contributions, a strategy that has proven financially successful for him, and Warren has called out Buttigieg for meeting with wealthy donors in “wine caves,” a comment that led the former South Bend mayor to accuse her of hypocrisy. Given the fact that former candidate Senator Harris has cited a lack of funds in her decision to drop out of the race, Steyer is likely to be looked at with extra scrutiny tonight as he may be called on to justify the financial aspect of his campaign.