You are here: Home1 / stoltenberg 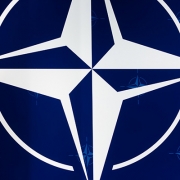 Seventy years after the founding of NATO, a military alliance originally meant to protect western Europe from the Soviet Union, world leaders gathered in London with the intent of discussing policy goals. However, tensions between the various leaders overshadowed this plan, as conflicts between leaders became apparent both during speeches given by these leaders and the conversations they had with each other, some of which was captured by a hot mic and circulated online. President Trump, whom the other leaders appeared to criticize in conversations amongst themselves, abruptly decided to cancel a press conference at the close of the meeting, instead returning to Washington prematurely. As justification for the sudden cancellation, Trump cited the fact that he had already spoken with the media for a substantial period of time. Trump’s sudden decision to abandon the summit speaks to the tensions felt between world leaders with respect to the American president, and ultimately represents a failure of world leaders to see eye-to-eye with Trump.

Tensions arose even before the summit began, as French president Emmanuel Macron declared that the organization had become “brain dead” as a result of American indifference to the military alliance. According to Macron, Europe can no longer rely on the United States to defend NATO allies, as the current administration cannot be trusted. Trump responded to Macron’s incisive comments by calling them “insulting” and “nasty.” Later, Macron said that he stood by his comments.

NATO’s secretary general, Jens Stoltenberg, addressed the tensions over the meeting, making a call for unity and assuring his audience that NATO was strong and agile enough to overcome these tensions. Stoltenberg then described NATO’s goals for North America and Europe, which include continuing the international fight against terrorism, arms control, fighting Russia, and dealing with the rise of China. Referencing the internal divisions between world leaders who are members of NATO, Stoltenberg pointed out that there has always been differences between world leaders since NATO began, such as disputes about the 1956 Suez crisis and the war in Iraq.

While meeting Trump, Prince Charles appeared to subtly give the American president the middle finger

Things only became more tense as the meeting progressed. Donald Trump and Emmanuel Macron held a joint press conference, during which Macron criticized the American president for his handling of the conflict in Turkey and the Islamic State fighters in Syria as well as a developing trade dispute between France and the United States. Macron’s criticism of American leadership led Trump to defend NATO, an unusual position for a president who has spoken at length about his opinion that NATO is outdated and obsolete. Macron also fact-checked Trump in real-time; when Trump claimed that the ISIS prisoners being held in Syria are “mostly from Europe,” Macron responded that they in fact come from Syria and Iraq. Trump responded to these criticisms by appearing to threaten to send ISIS fighters to France, causing Macron to say, “Let’s be serious.” Despite the conflict between the two leaders, the joint conference ended up running long, causing Macron to be late for the next event.

Shortly afterwards, several leaders engaged in a conversation, appearing to gossip about Trump, part of which was captured on a video which generated significant attention online. During this conversation, which included Macron as well as English Prime Minister Boris Johnson and Canadian Prime Minister Justin Trudeau. During the brief portion of the conversation which has become publicly available, Johnson asks Macron why he was late, leading Trudeau to make a comment about Trump’s excessively long press conferences. Apparently referencing Trump, Trudeau commented that “you just watched his team’s jaws drop to the floor.” Though Trump’s name was not mentioned during this portion of the conversation, it was clear to many observers that the person these leaders were discussing was President Trump. While Johnson denied having participated in this conversation about the American president, Trudeau confirmed that he had in fact discussed Trump with others, clarifying that his comment about his team’s jaws dropping was a reference to the President’s decision to host the G7 summit at Camp David. After the video circulated online, Trump fired back against Trudeau, calling him “two-faced,” later adding that he thought he was “very dishonest and weak.”

Tensions between the leaders also arose in more subtle ways. While meeting Trump, Prince Charles appeared to subtly give the American president the middle finger, though the gesture may have been unintentional. Trump also left Johnson and Stoltenberg waiting for nearly six minutes on stage at the beginning of the meeting, as he arrived late. And when Macron shook Melania Trump’s hand, he used both hands and lingered for a moment, which was perceived by some as a power play against Trump. Though the interaction between the two is minor, Trump has been known to use somewhat aggressive body language in his interactions with others, leading other world leaders to develop strategies for handling this quirk. While trying to read the intentions of others based on their body language is not entirely reliable, there exist a countless number of examples of how the tensions between leaders of the world right now manifest in various ways, many of which transpired during this year’s NATO meeting.