You are here: Home1 / Superbowl Ads 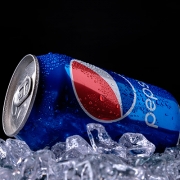 Cardi B has become the central figure surrounding Pepsi advertisements this past year. The rapper made her first appearance in a 2019 Pepsi Superbowl ad alongside Steve Carrell and Lil John. The commercial itself confronted the age old issue of when you order Coke at a restaurant and they ask you, “is Pepsi okay?” The ad itself is quite surprising, as it insinuates that Coke is always a customers first choice, and they only go for Pepsi when there’s no other options. However, as the ad progresses, all of the famous guest stars boast about how Pepsi is MORE than okay, it’s better. The concept of confronting an issue within your branding in an actual commercial is risky, but Todd Kaplan, Pepsi’s Vice President of Marketing says that the ad was just step one in moving towards a direction of “culture in, brand out” in terms of advertisements.

“Rather than start with your brand objective, start with what’s happening in culture by listening to the consumer, looking at cultural truths and insights, and saying, ‘OK, there is a thing that is bubbling up here.’ Start with that and then ladder up and say, ‘what would Pepsi’s point of view be on that,’” Kaplan discussed on his podcast.

Looking at “cultural truths” was the root of the Superbowl ad that seemingly places Coke as a priority for most soft drink consumers. The “large cultural truth” was the fact that Pepsi is often a second choice, but instead of ignoring that truth and working around it in an attempt to change that narrative, the company tackled it head on, telling it’s audience that they know Pepsi may not be you’re number one, but it definitely is an all star number two. “Why don’t we take this truth head-on and say is Pepsi OK? Yeah, why the hell wouldn’t it be OK. Of course it’s OK,” Kaplan says.

This sort of self-awareness actually attracts consumers more. The average customer wants major corporations to look at the issues that everyone is clearly talking about, and to embrace them in order to change them, as opposed to just ignoring them. If there’s anything the public hates, it’s being left in the dark, so when a major corporation comes out with an advertisement that says, “we see you making memes about us, and you’re not necessarily wrong” consumers are going to embrace that type of honesty.

Adding superstar Cardi B into the mix just makes it that much more successful. Cardi has become one of the most recognizable faces and personalities in the music industry to date. You don’t have to like or even know any of her music, but you definitely know who she is. That’s why the decision to place her in an advertisement that’s embracing the “culture in, brand out” concept is so smart. Cardi’s personality is already very marketable, and has become a major part of modern day culture. Her many catch-phrases and memorable quotes pulled from her many Instagram video rants, spread on timelines like wildfires. Putting her in an advertisement, and including those catchphrases that everyone already knows and loves, all while saying “Pepsi is more than OK” is what draws consumers in.

“The rapper is unapologetic [and] comfortable in her own skin, which I think in a lot of ways manifests what we are trying to do with Pepsi,” says Kaplan.

Additionally, with the holiday’s finally arriving, it’s safe to say that Coke holds a pretty high stock in terms of holiday marketing. They’ve really embraced and claimed the classic Santa imaging on their cans, and even the iconic polar bear, so much so that people often always associate Santa branding with Coke right away. Another example where Coke is seen as the primary and Pepsi takes the secondary role. So, Pepsi continued to do what they’ve successfully been doing all year in terms of advertisements and brought the culture in. Cardi returned for another campaign that also mentions the Grammy’s, making Pepsi the image for the holidays, and the biggest night in music, all in one shot. By branding for the Grammys as well, Pepsi is bringing one marketing campaign from month to month, which also will smoothly transition them to the Superbowl in February, which as we all know, is one of Pepsi’s biggest nights for advertising, as they sponsor the entire halftime performance.