You are here: Home1 / surface 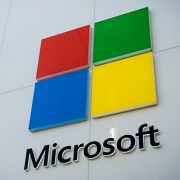 Microsoft is certainly interested in presenting itself as a hardware-focused company, as evidenced by its strong keynote address this year which details the company’s plans for mass-market computer products for next year and beyond. While many of the most exciting products discussed at this event aren’t due to be launched until the 2020 holiday season, the release dates for refreshes of the company’s existing hardware have just recently passed. In advance of Microsoft’s release of the Surface Pro X, reviews of the cutting-edge device have hit the Internet, and critics have mixed feelings.

The Surface Pro X uses a processor based on the ARM architecture, rather than the x86 architecture more common for the Windows operating system. As such, the Surface Pro X runs a version of Windows specifically built for compatibility with this processor, meaning many third-party programs familiar to Windows users won’t function on the device as well as you might expect. In order to run x86 apps, the Surface Pro X uses an emulation layer which is compatible with 32-bit x86 apps, but not 64-bit ones. Apps running through this emulation layer are significantly slower than native ARM-optimized apps, and can run into various unexpected problems. Photoshop, for instance, is a 32-bit x86-optimized app, and while it does function on the Surface Pro X, it is so slow as to be nearly unusable. Other apps, like Lightroom, won’t run at all, as they are built for 64-bit x86 processors.

Although the ARM architecture is ideal for mobile environments, as it is more power-efficient than its x86 counterpart and has better support for LTE, the majority of Windows developers have not made their programs available on this platform. Microsoft-made apps like Edge run fine, though, and some third-party apps like Google Chrome are compatible. Perhaps this is the reason why Microsoft is positioning the Surface Pro X as a tablet which runs Windows and features an optional keyboard cover rather than as a device to replace one’s laptop or desktop PC. The app compatibility issues led The Verge’s Dieter Bohn to call the device “a computer built for a world that doesn’t exist.”

Overall, the Surface Pro X is a tough sell when compared to products like the iPad, which has a mature app ecosystem, superior battery life, and many of the same features.

Though reviewers complained about the device’s unfortunately limited functionality, they praised the look and feel of the Surface Pro X. This iteration of the Surface tablet features a thinner design and smaller bezels than previous ones, but maintains its signature kickstand, which is emblazoned with the Windows logo. The display was also well-received, with reviewers like Jacob Krol of CNN calling it “sharp and vibrant.” The 13-inch screen, featuring a 3:2 aspect ratio and a 2880×1920 resolution, is ideal for watching movies and editing photos, among other graphics-intensive applications. (Very few modern video games, however, will work on the device.) Depending on how you use the Surface Pro X, the battery life can last between 5 and 13 hours, which CNet’s Dan Ackerman characterized as “respectable but not record-breaking.” The device does support fast-charging, however, and can be charged via one of its two USB-C ports. Dieter Bohn, despite his criticisms of the device’s software functionality, called the Surface Pro X “the best-looking computer [he’s] used in the past year.”

Reviewers also judged the Surface Pro X’s optional $269 Signature Keyboard with Slim Pen. Though it is expensive, they praised the improved design of the accessory relative to the models of years past, and considered it essential for getting any advanced computing work done with the device. The keyboard was considered robust and comfortable, but the small size of the trackpad was criticized. Though initially met with skepticism, the Slim Pen device was also well-received, and reviewers quickly adjusted to the stylus’ flat shape, though some complained it became uncomfortable after a while.

Overall, the Surface Pro X is a tough sell when compared to products like the iPad, which has a mature app ecosystem, superior battery life, and many of the same features. Though Microsoft is taking an important step by pushing Windows compatibility with ARM architecture to compete with companies like Apple and Samsung in the tablet market, this iteration simply doesn’t have the developer support, speed, and battery life necessary to justify its price tag. 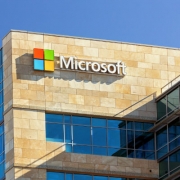 Though its Windows line of products has represented by far the most popular choice of operating system for decades, Microsoft is relatively new to the hardware space, as the cornerstone of its business has long been its software offerings. Barring their Xbox series of video game consoles, the company has only been manufacturing mobile computing devices for a few years, starting with its innovative Surface 2-in-1 laptop/tablet hybrid in 2012. With the original Surface tablet, Microsoft intended to directly compete with Apple’s iPad line, but also aimed to innovate on the form factor by offering a keyboard accessory and a kick stand as well as compatibility with the Surface Pen, for precise touch input. While the Surface line of products has been a moderate financial success for Microsoft, the products have received acclaim from critics and consumers alike, and the Surface products have a very high favorability rating among customers.

Building on the success of its Surface tablets, and iterating on the philosophy of enabling different types of functionality that inspired the design of these tablets, Microsoft recently announced an entirely new suite of Surface products, many of which will not launch until Holiday 2020. The most notable of Microsoft’s announcements are the Surface Neo and the Surface Duo, which are a folding tablet and a folding smartphone, respectively. These two products have  a form factor which is fundamentally unlike any product that has since been announced, marking a bold new direction for the company. The two products, the latter of which resembles a smaller version of the former, feature two displays placed almost directly next to one another, separated by a hinge that allows the device to fold 360 degrees.

When closed, the devices resemble notebooks or journals, but constructed with a sleek and sturdy-looking metallic finish. When opened, the devices can be used in the form factor of a traditional laptop, with the lower screen acting as a software keyboard, or held sideways like a book. They can be opened further at 180 degrees to allow the two screens to work as one for a widescreen viewing experience. If the devices are opened further, they can sit on a table, with one screen allowing for a viewing experience from a distance. Finally, if the devices are folded all the way, they can be held in the hand like a traditional tablet or smartphone, with displays present on both sides.

Microsoft intends for these devices to enable a level of creativity and productivity not possible on other devices by allowing them to assume what they call different “postures.” As the devices can be unfolded and positioned in a variety of ways, each of these postures also enables different software opportunities, as the operating systems of the devices are able to detect how they are being held and offer options to the user accordingly. For instance, the Surface Neo can be used with a magnetically-attached keyboard peripheral, which can be placed on top of half of the lower screen, allowing the remainder of the display to be used as a trackpad. Additionally, both devices are compatible with styluses, allowing for precision input for a variety of applications, but perhaps most notably for digital artists.

During the keynote in which these devices were announced, representatives from Microsoft envision the current decade as being one in which devices are used for consuming content, and see the following decade as being one characterized by using technology to create things, hoping to lead the industry in that direction. By announcing these devices so far ahead of their release dates, Microsoft intends not only to give developers time to work on software applications that take advantage of their unique form factor, but also to give consumers an opportunity to invest in the Microsoft digital ecosystem in advance of the release of these groundbreaking products.

Perhaps the most surprising feature of Microsoft’s announcement is the fact that the Surface Duo runs the Android operating system, leveraging software from Google, a direct competitor to the software giant. After the failure of Microsoft’s Windows Mobile operating system, which failed to gain traction in large part because of the absence of support from third-party developers, Microsoft has seemingly given up on creating mobile operating systems. However, the company’s decision to go with Android, currently the most popular mobile operating system around the world, is a clear advantage to consumers, who will have access to a wide range of already-existing apps. The extent to which third-party developers take advantage of the unique form factor of the Neo and Duo, however, remains to be seen, and this factor likely will predict the long-term success of the products overall.