You are here: Home1 / suspension 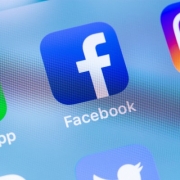 Facebook’s oversight board ruled this Wednesday that its suspension of former President Donald Trump was justified following his role in the January 6th insurrection attack on the Capitol building.

The panel claimed that this means the company doesn’t need to reinstate Trump’s access to Facebook and Instagram, however, they also mentioned that the company was wrong to impose an indefinite ban, and the platform has six months to either restore Trump’s account, make his suspension permanent, or suspend him for a specific period of time.

Facebook joined a multitude of other social media platforms that banned Trump in January after a mob of his supporters stormed the Capitol Building. Trump used his accounts to “incite violent insurrection” as ruled by Facebook, Twitter, Instagram, and a handful of other platforms.

“In applying a vague, standardless penalty and then referring this case to the Board to resolve, Facebook seeks to avoid its responsibilities. The Board declines Facebook’s request and insists that Facebook apply and justify a defined penalty.”

Vice President of Global Affairs and Communications Nick Clegg claimed that “Facebook will now determine an action that is clear and proportionate following the ruling. Until then, Trump’s accounts will remain suspended.”

The board’s ruling could also set a potential precedent for how social media platforms treat posts from political leaders. The decision to ban Trump has led to a major debate over the power these tech companies have, but also the power that our political leaders have when it comes to the things they say and the influence they have; especially when it comes to violent attacks on our government.

Many have argued that Facebook’s ban on Trump has been long overdue, as his posts have often started conversations that led to multiple violations of the platform’s hate speech policies, however, because of his political power, those violations were rarely regulated.

Many researchers also emphasized the fact that Trump’s constant efforts to undermine the 2020 election and constant baseless claims against our democracy and Biden’s win created a social media environment fueled by violent political rage.

The former president, however, has previously teased that regardless of what the platforms decide, he won;t be returning to them, and will potentially start his own social media platform to communicate with his supporters; essentially a personal blog.