Blog - Latest News
You are here: Home / Around The Web / Entertainment / Taika Watiti To Direct Next Star Wars Movie 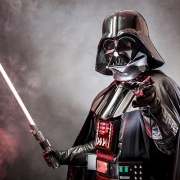 Last December, the Rey trilogy, which kickstarted the sparkling and remarkable reboot of Star Wars, wrapped up the Skywalker saga with Episode Nine: The Rise of Skywalker. It was directed by J.J. Abrams and although it received a mixed reaction from critics, it was a pleasing end for many (as a Star Wars fan myself, I personally loved it). After, fans looked for the next Star Wars offering and Disney finally announced that their next venture would be creating a complex and vast publishing universe. Comics and novels will unite across a variety of publication platforms for all age groups and to deliver a jigsaw-puzzle story of the High Republic, a peaceful time for the empire, set 200 years before The Phantom Menace. As fans celebrated Star Wars with the usual gusto this May, Disney aptly made another announcement, delivering the news that yet another film would be reaching our screens from the much-loved galaxy far far away, this time to be directed by Taika Waititi.

Although, many fans would argue that Star Wars Day should officially be celebrated on May 25th (the premiere anniversary of A New Hope), as Disney+ launched this year, it was a fitting time to push the Star Wars franchise on the unofficial but colloquially popular, Star Wars Day – May the fourth (be with you). Disney premiered the Rise of Skywalker on multiple screening platforms, released extra content on Disney+ and announced the as-yet-untitled new film and a new series.

Taika Waititi, writer, director and actor, best known for What we do in the Shadows, Hunt for the Wilderpeople, Thor Ragnarok and JoJo Rabbit, was rumoured to be the next choice for a Star Wars film in January, but no official announcement was made. He has proven a hugely successful director and writer, culminating in his recent Academy Award for Best Adapted Screenplay for JoJo Rabbit. His vision for Thor Ragnarok arguably brought colour and humour back to a franchise that had lost its pace. Hailing originally from New Zealand, he often writes many of his films, which are marked with a dark witty humour that often include a hugely entertaining cameo of the director himself.

Disney’s hugely popular first season of the series The Mandalorian recently wrapped up, with Taiki Watiti directing the season finale to huge success – according to Lucasfilm’s press release it was ‘widely-acclaimed.’

The upcoming untitled Star Wars film seems to be no different, with Waititi lined up to co-write the script. The screenplay will also be written by Krysty Wilson-Cairns who directed 1917 and Last Night in Soho and has been nominated for an Academy award and received a BAFTA for Outstanding British Film of the Year on the three-time Oscar winning film 1917.

The release date for the new film has not yet been announced but IMDB has added suspected date of 2024. Based on his previous films, especially the heroic, colourful and hilarious romp that was Thor: Ragnarok, Taika Waititi seems to be a promising fit for the feel-good nostalgic heroism that Star Wars navigates.

In other Star Wars news, LucasFilm also announced that they have another series lined up which will narrate the adventures of Obi-Wan Kenobi, bridging the gap between Revenge of the Sith and A New Hope and written by Leslye Headland. The press release stated:

‘Emmy®-nominated writer Leslye Headland (Russian Doll, Bachelorette) is currently developing a new untitled Star Wars series for Disney+. Headland will write, executive produce, and serve as showrunner for the series, which adds to a growing list of Star Wars stories for Disney’s streaming platform including The Mandalorian, now in post-production on Season Two, and two other previously announced series: one based on Cassian Andor’s life prior to the events of Rogue One: A Star Wars Story and another following the adventures of Obi-Wan Kenobi between Star Wars: Revenge of the Sith and Star Wars: A New Hope.’

It seems that the franchise has no intention of relinquishing its hold on the silver screen. The Mandalorian proved a huge success and is already gearing up for season two. Additionally, Game of Thrones creators David Benioff and DB Weiss were set to produce a trilogy of Star Wars films (once earmarked for December 2022) that stand alone outside of the main Star Wars storyline. Benioff and Weiss dropped out due to other commitments and although they have left the project it is likely to be taken up by another. According to The Guardian ‘The Last Jedi director Rian Johnson is still loosely attached to a separate trilogy. In January, he said he was still in discussions with LucasFilm.’

Travel Sector Starting To Bounce Back

Are Our Homes The Future Hubs of Industry?
Scroll to top