Blog - Latest News
You are here: Home1 / Around The Web2 / Technology3 / Tech Companies are Leasing More Office Space than Ever According to CB... 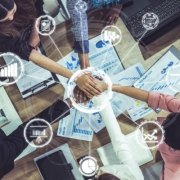 They’re responsible for more than a fifth of new major office-leasing activity — and rising rents.

WeWork, a real estate business with a tenuous claim on being a tech company, might be imploding, but tech real estate is thriving.

Tech companies accounted for a record 21 percent of major office-leasing activity in the US and Canada in the first half of 2019, according to new data from real estate firm CBRE, which tracks major office deals in the 55 biggest North American markets. That’s up from 11 percent when the firm first began collecting this data in 2011. (CBRE doesn’t consider WeWork office space to be in the tech sector.)

Drake Knows Just How to Turn his Birthday into a Lifestyle