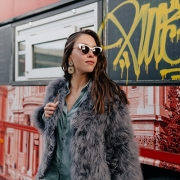 An uncritical story in Teen Vogue about Facebook’s efforts to secure its social network ahead of the 2020 election caused bewilderment over contradictory messages about whether it was paid for by Facebook — before it just disappeared completely.

On Wednesday, Teen Vogue published “How Facebook Is Helping Ensure the Integrity of the 2020 Election.” It’s a 2,000-word-plus story comprising a series of interviews with various senior Facebook employees about how the Silicon Valley tech giant is working to avoid nefarious political activity in the United States’ upcoming presidential election.

The positive tone of the piece — and lack of byline indicating who wrote it — led some on Twitter to speculate that it was actually a piece of “sponsored content,” an article paid for and overseen by Facebook to promote itself.

This suspicion was seemingly confirmed when, some time after publishing, Teen Vogue appended a note to the top of the story, reading: “Editor’s note: This is sponsored editorial content.”

In an email to Business Insider, Facebook spokesperson Lisa Stratton said: “This piece is purely editorial. We pitched this to Teen Vogue and worked with their team on the piece over the past few months.” (Companies communication teams will sometimes pitch news outlets on possible stories, in the same way news outlets will reach out to companies to ask for interviews and access, and it’s not a sign of a financial relationship or underhand behaviour.)”

Teen Vogue, meanwhile, didn’t have answers either. Spokespeople for the magazine didn’t immediately respond to Business Insider’s request for comment, and an employee with access to its official Twitter account responded with befuddlement to an inquiry in a now-deleted tweet: “literally idk”.

In the latest twist, the story then vanished altogether. Visitors to the URL are now greeted with a message saying: “Unfortunately this page does not exist. Please check your URL or return to the Homepage.”

As of writing, it’s not clear why the post was taken down, by who, or even who wrote it in the first place.

“I am so sorry to the @TeenVogue team for whatever irresponsible sales or marketing staff pushed this article into their feed, therefore discrediting all the GOOD work they’ve been doing to educate their audience about the REAL threats posed by @Facebook in our election,” he wrote on Twitter.

How Corporate Cultures Differ Around the World
Scroll to top