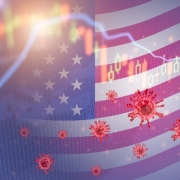 This past Friday President Donald Trump was hospitalized at the Walter Reed National Military Medical Center in Bethesda, Maryland after announcing that he had tested positive for Covid-19. Dr. Brian Garibaldi is a leader on Trump’s medical team who recently updated media outlets claiming that the president could be discharged from the medical center as early as Monday afternoon.

On Saturday, Garibaldi claimed that Trump completed his second dose of redesivir and was feeling better by Sunday. Now, Trump is hoping to be discharged to complete his treatment in the White House. White House Chief of Staff, Mark Meadows, recently claimed that the president could be released from the medical center after he consults with his doctors later Monday afternoon; which is also when his discharge decision will be made public.

Trump received scrutiny on Sunday, however, after leaving the medical center with his security team so he could ride in an SUV past his supporters who were cheering him on outside the hospital.

The White House claims all “appropriate precautions” were taken before Trump went on the SUV ride, however Dr. James Phillips, an attending physician at Walter Reed, criticized the decision as something that could further endanger the lives of the Secret Service agents who accompanied the president, claiming that his “irresponsibility is astounding.”

On Sunday it was reported that the president’s oxygen levels had dropped for a second time since his diagnosis last Friday. Trump had also been receiving supplemental oxygen due to these dips, and was also given the corticosteroid drug dexamethasone. Dexamethasone is a widely available steroid that’s been used throughout this pandemic for patients on supplemental oxygen/ventilated individuals.

When it comes to the president’s official release from the hospital, Rudy Giuliana claims that he will be waiting until his doctors actually give him the stamp of approval to do so.

“He wants to get out. He sounds perfect. I just cautioned him to listen to his doctors. I said I hope that’s not your decision, it’s the doctors, He said ‘no no, these guys are great. I’ll do what they tell me.’”

After Trump’s brief trip out of the hospital to greet supporters, Giuliani admitted that the Secret Service would be at a greater risk protecting the president in the coming weeks, however, he also supported the decision on the basis that all parties involved were wearing masks at the time.

First lady Melania Trump also contracted the virus but has no plans of leaving the White House to continue out her treatments. Since her diagnosis Melania has quarantined in the Executive Residence in the White House and will be remaining there until it’s deemed safe for her to be around others again. The first lady has been relatively precautious when it comes to following Covid-19 procedures and has already cut back on all of her traveling plans/public appearances.

When it comes to the pandemic in general, Dr. Anthony Fauci, the nation’s top infectious disease expert, claims that there has never been a global health crisis to this degree before; for reference Fauci has worked on a number of other viral outbreaks in the past such as the HIV/AIDS epidemic, Ebola, and Zika virus.

“We’re living in such a very divisive society right now that’s very charged politically. You always have a degree of that when you have outbreaks as we’ve been in the past but nothing to the intensity that we’re experiencing now with Covid-19.”

With one month left before the 2020 election, Trump and his team are also scrambling to manage catching up to Biden in the polls and maintaining a strong media presence despite the president’s now lack of ability to be around others. Ballots are currently already out in 35 states and with voting beginning in the swing states next week, there’s no way the president’s diagnosis mixed with his downplaying of the virus that has killed over 200,000 Americans won’t have an impact on voters.

Since the announcement of Trump’s diagnosis Mike Pence and Joe Biden have both tested negative for the virus, however, both will have to continue to be tested daily along with a whole slew of other US political leaders who have been working with/around Trump and his team within the past few weeks. As of right now at least 10 people within Trump’s family, the US Government, and Trump’s circle of advisors have tested positive while 23 others within his inner circle have continued to test negative. 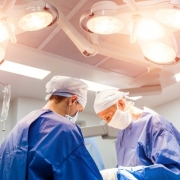 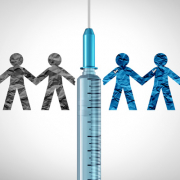