Blog - Latest News
You are here: Home1 / Around The Web2 / Health3 / The Mental Health of PhD Researchers Demands Urgent Attention 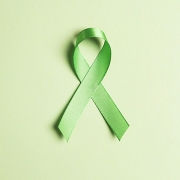 Two years ago, a student responding to Nature’s biennial PhD survey called on universities to provide a quiet room for “crying time” when the pressures caused by graduate study become overwhelming. At that time, 29% of 5,700 respondents listed their mental health as an area of concern — and just under half of those had sought help for anxiety or depression caused by their PhD study.

Things seem to be getting worse.

Respondents to our latest survey of 6,300 graduate students from around the world, published this week, revealed that 71% are generally satisfied with their experience of research, but that some 36% had sought help for anxiety or depression related to their PhD.

These findings echo those of a survey of 50,000 graduate students in the United Kingdom also published this week. Respondents to this survey, carried out by Advance HE, a higher-education management training organization based in York, UK, were similarly positive about their research experiences, but 86% report marked levels of anxiety — a much higher percentage than in the general population. Similar data helped to prompt the first international conference dedicated to the mental health and well-being of early-career researchers in May. Tellingly, the event sold out.

There’s another, and probably overarching, reason for otherwise satisfied students to be stressed to the point of ill health. Increasingly, in many countries, career success is gauge by a spectrum of measurements that include publications, citations, funding, contributions to conferences and, now, whether a person’s research has a positive impact on people, the economy or the environment. Early-career jobs tend to be precarious. To progress, a researcher needs to be hitting the right notes in regard to the measures listed above in addition to learning the nuts and bolts of their research topics — concerns articulated in a series of columns and blog posts from the research community published last month.

Council Post: Why Building Rapport With Clients Is Important For Real Estate...
Scroll to top