Blog - Latest News
You are here: Home / Around The Web / Business / The New Place to Invest Your Money May Surprise You 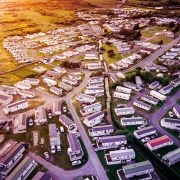 Back in the 1980s and 1990s ‘trailer parks’ had a certain stereotype across America. Anyone who admitted they lived there was often thought of as troublemakers, living in a battered caravan with drink and drugs around every corner and high rates of teenage pregnancies.

Fast forward to 2020 and they are now the latest commodity for business with 22 million Americans now living in ‘manufactured housing’ that look more like a ‘typical ranch house’, but only costing around half the price.

Globalization alongside technological development has seen a shift in the cost of many services and items on sale in America. Yet turn your attention to the ‘middle class’ sector and the prices increase dramatically, whether you are looking at education, healthcare or housing.

Since the beginning of 2010 the price of housing has increased dramatically, not just in America but also throughout the world. Houses can easily go for several millions of dollars – the ‘Casa Encantada’ property in Bel Air, Los Angeles is reportedly the most expensive in America at the moment and is currently on sale for a staggering $225 million – creating a housing crisis that has covered the majority of the country.

According to a recent survey, the average worker is no longer able to technically afford a median-priced home, with many people turning to renting. Harvard’s Joint Center for Housing Studies also reported that nearly half of those who rent in America are paying over 30 per cent of their salaries towards their home, with the figure increasing to 83% for low-income renters.

Yet there are less low-rent units available than ever before, meaning that manufactured housing is now ‘one of the few sources of naturally occurring affordable housing’ in America. The average resident usually earns less than $50,000 annually however the clientele to the areas have changed. Not only do you have your low earners there are also retirees looking to downsize, new citizens to the country and younger workers who require more space than their salaries would usually allow them.

And it is not just the housing crisis that manufactured housing is helping. Investors are also lining up to make a profit. Many real estate investment trusts, including The Carlyle Group, Apollo and several smaller companies, have started investing their own money by purchasing the mobile-home parks from owners who are either retiring or want to move on.

In 2018 institutional investors were responsible for 17% of the $4bn in sector transactions, with many seeing the parks as easy opportunities to earn a steady return of at least 4 per cent each year – nearly twice as much as the average investment trust return. And with the traditional real estate market out pricing buyers, the number of new housing units has continued to increase year-on-year. However with all investment it has come at a cost, with many complaints being made regarding rent hikes making some of the lower-income tenants having to decide whether to pay medical costs or their rent.

2018 also saw a number of high-profile cases which prompted Democrat politician Elizabeth Warren to write to some of the larger companies reminding them of their responsibilities regarding rent increases while also asking for information on their ‘use of predatory practices to boost profits in the communities they own’. A move which has subsequently seen both state and national legislators working towards new rules to protect existing tenants being forced out of their homes.

Private-equity-owned manufactured housing also has its concerns with some suggesting that the land in some areas may have increased in worth by around 15 per cent in recent years. Leading many to query if investors are buying the parks for the ROI they provide, or the land that comes with it.

There are many parks that are working towards being owned by the residents however this is also an issue with ‘trailers’ still being seen as ‘chattel’ in terms of assets, much the same as a car, meaning mortgage rates are significantly higher than those of a ‘traditional’ home.

Yet government-backed loans seem to be supporting large investors over the homeowner with Fannie Mae providing TPG Capital with $220m in financing to enable them to buy several mobile-home communities.

But with all the negative publicity surrounding some of the bigger investors you could say they are being wrongly vilified. Oregon Park Managers Association director Mike Whitty agrees. As someone who has not only lived in a park, he has also owned and managed them. The former lawyer comments, “In my experience, the living environment in a tenant-owned park is virtually the same as in a well-managed park by a decent landlord.” While this can be true when the landlords are the right size for the complex, if they are too big or small they may not deal with the problems succinctly.