Blog - Latest News
You are here: Home / Around The Web / Health / The Physicians Supporting Medicare for All 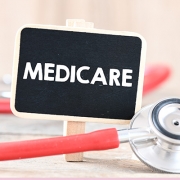 While the campaign for Medicare for All continues throughout the country, two significant physicians’ groups dealt a major blow to those against the cause.

January saw the American College of Physicians – which has around 159,000 members – release a paper stating they believed that a single-payer system would increase the level of care patients receive while also reducing costs. Within twenty-four hours a letter was published in The New York Times by a group of over 2,000 doctors, under the Physicians for a National Health Program, stating there should be Medicare for every American citizen.

These two statements clearly show that there are a growing number of professionals in the medical field who feel they are not being represented fairly by the American Medical Association (AMA).

The AMA has become a highly successful authoritative organization since it was founded in 1847 so to have physicians asking for single-payer clearly shows that there is some disagreement within the organization with regards to their political views. This is due in part to the association having a large number of physicians who work in the more lucrative fields, unlike the American College of Physicians whose members are often in the emergency rooms and working within preventive and primary care.

Yet there could be changes to the way the AMA works. In June of last year a proposal was introduced by the medical students’ chapter which went against the AMA’s opposition to single-payer, resulting in a narrow defeat of 53 to 47 per cent within the House of Delegates. However this defeat did not stop the AMA bowing to internal pressure and withdrawing themselves from the Partnership for America’s Health Care Future, a campaign of hospital and insurance lobbies who are against single-payer.

And thanks to Medicare for All experiencing support from the public throughout America, the AMA appears to be heading towards a situation that would see them unable to take their part in making policies in the future.

This is not the first time the AMA has courted controversy. In 1937 over 400 doctors went against the AMA, demanding that they drop their opposition to all forms of health insurance. In response the AMA’s House of Delegates opted to vote against any national health programs that were suggested, announcing that ‘the health of the people is a direct concern of the government.”

It was reported that such a statement showed that there was an “open defiance” of the AMA’s authority amongst many of the physicians working in the United States at that time. This was indeed the case with many physicians concerned about the spiralling health care costs occurring throughout the Great Depression, which eventually left many parts of the country with no access to medical care. In fact a 1937 Works Progress Administration report concluded that more than 30 per cent of the population who had either a serious injury or illness within the previous twelve months were unable to pay for the medical treatment they required.

In response more than 2,000 medical professionals were surveyed and demanded medical assistance for those in need, such as a national health plan or even voluntary insurance. However the AMA stood firm and opposed any form of health care, including those that were included in then President Franklin Roosevelt’s 1935 Social Security Act. This led to an intense campaign by the AMA to stop any “third party [coming] between the patient and his physician in any medical relation”. With such a forceful campaign threatening his political career, Roosevelt eventually left health insurance off the bill.

The following years saw the government take another look at their policy of granting permission to the AMA to regulate itself and by 1939 Senator Robert Wagner had brought in a national bill which saw each state be allowed to fund public health insurance.

Although there was a pause in the campaign against this bill – in part due to World War II – 1945 saw the AMA left in a position where they had to endorse both employer-based and private insurance models to help reduce the increasing health care crisis, a position brought about due to countrywide support at having a nationalized health insurance and in reaction to the National Health Service that had been recently created in the United Kingdom.

The recent campaign against the AMA has called for an end to ‘half-measures’ that they feel the organization is providing. While the founding mission of the AMA was to reduce the ‘free trade in doctoring’ which was rife at the time, it appears that they have moved into a position where they support the profits that care physicians can provide.

Currently America has a higher infant mortality rate alongside a lower life expectancy than many other high-income countries, yet we are spending nearly twice as much. Due to so many profit making areas in the medical profession standing against universal coverage a health care crisis has been created and many believe single-payer would be beneficial to halting, or at least reducing, the issue.

Children and Smartphones
Scroll to top