Blog - Latest News
You are here: Home / Around The Web / Science / The Science of Attraction – How Do We Fall in Love? 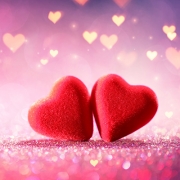 With Valentine’s Day fast approaching, romance is most certainly in the air. But what causes people to feel an attraction to each other, and is there a science to falling in love?

Most people will have felt an unexplained attraction to certain individuals, where something just seems to spark. Often these feelings are intense, perhaps even a little reckless, but they tend to be relatively short-lived. It is also widely accepted that lust is very different to love itself.

Love is a complex mix of emotions, behaviours and beliefs. When you love someone, you are affectionate to them, protective of them, and to a certain extent, are willing to sacrifice aspects of your own life in order to make them happy, content or comfortable. When you love someone (or something), you start to view them and yourself as part of one unit, working together to achieve certain goals, such as raising a family or travelling the world together. Love can also extend outside of human interactions, which is why pet owners can feel so much affection for their animals and experience a deep sense of loss when they pass away.

So is love a chemical reaction? Experts believe that feelings of love are created by a chemical called Phenylethylamine or PEA, a stimulant which is found naturally in the brain. Interestingly it is also found in chocolate! This particular chemical causes the release of norepinephrine and dopamine, and PEA is shown to be released when we fall in love. Our bodies like the pleasurable feeling associated with the release of this chemical, and in some ways it becomes addictive.

So whilst this helps to show that love isn’t just our mind imagining a particular situation or a feeling, but a very real chemical release taking place in our bodies, this doesn’t really explain why we fall in love with certain people and not others; why some loved-up couples are like two peas in a pod, and others are polar opposites. There doesn’t seem to be any hard and fast rules when it comes to the game of love, so what other influences are at play?

According to Helen Fisher, a Biological Anthropologist, Senior Research Fellow at The Kinsey Institute and Chief Scientific Advisor to the Internet dating site Match.com, it is the combination of four chemicals within the brain – dopamine, estrogen, serotonin and testosterone – that determine who we are likely to fall in love with. Fisher suggests that there are four personality types, which are all influenced differently by the four chemicals mentioned above.

The personality types are:

Builders – cautious people who like to abide by traditions and appreciate persistence
Directors – very analytical people who love making decisions, although can be quite aggressive
Explorers – these people are risk takers, impulsive and creative
Negotiators – these individuals are intuitive, idealistic, compassionate and selfless

According to Fisher, which category you fall into depends on how your body creates and reacts to the four chemicals mentioned above. While it is likely you will find affiliation with several categories, there is one which will take prominence and it is this one that you should focus on as your key marker. From this personality type, Fisher says that it is possible to then identify the kind of person you will be most compatible with. Interestingly, Fisher states that Builders and Explorers tend to seek out partners in the same category as themselves, whereas Directors and Negotiators tend to fall for each other.

But even when there appears to be a perfect match, the course of love doesn’t always run smoothly. With 40-50% of marriages in the US ending in divorce, it can’t be that all of these people were simply mismatched with the wrong personality type? Surely there are other factors at work that are impacting the demise of seemingly compatible couples.

The factors are plentiful and according to marriage.com, the 20 most common reasons for divorce are cheating, financial worries, poor communication, arguing, weight gain, unrealistic assumptions, lack of intimacy, lack of equality, lack of preparation for marriage, abuse, addictions, differing parenting styles, not marrying for love, lack of sincerity, loss of identity, irreconcilable differences, long-distances, control struggles, jealousy or insecurity, and family interference.

So whilst love can certainly be put down to our biological makeup and chemical reactions taking place within our brain, there are a large number of external factors which can influence whether people stay in love. Many people prefer to put the science aside and simply go with their ‘gut feeling’. Intuition has a habit of trying to keep us on the right path to success and happiness, so it’s worth paying attention to your inner wisdom when it comes to searching for your true love!