Blog - Latest News
You are here: Home / Around The Web / Culture / The UK’s 75th Victory in Europe Day in Isolation 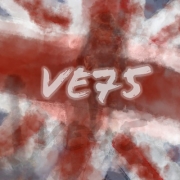 It seems that much of 2020 is globally shared, as countries across the world face the fallout of the COVID-19 outbreak, 2020 also marks the 75th anniversary for the end of World War II. Victory in Europe day (VE day) is celebrated on the 8th of May in Britain, America, Australia and Western Europe. This year, however, celebrations may be curtailed as many countries are still in isolation. UK residents have yet to hear when and how far isolation will be lifted but this is due to be announced after VE day celebrations. This year, in the UK, the 8th of May has been made a temporary bank holiday and many will still be celebrating at home. Often during the COVID-19 pandemic, the way the British public has banded together has often been compared to wartime Britain, it seems fitting therefore that we take a day of celebration to memorialize 75 years since the end of WW1 and remember those passed.

After almost six years of war, Victory in Europe day marks the moment that the Allies formally accepted Nazi Germany’s unconditional surrender on the 8 May 1945. World War I officially began on September 1, 1939, when Hitler invaded Poland. After, Hitler and his fascist regime managed to conquer and invade most of Europe before the Allies were able to push him back. The 8th of May does not mark the end of the war entirely, as the United States were at war with Japan. Victory in Japan day will follow in August later this year, hopefully when the world is also celebrating victory over the coronavirus pandemic.

2020 has already memorialized the end of the Holocaust, on the day Auschwitz was liberated on the 27th of January. VE day was a day of celebration for many countries across the world. Street parties roared across Britain, joyous crowds filled New York’s Times Square, London’s Trafalgar Square, the Champs Elysees in Paris and beyond. People hugged loved ones, danced, drank, ate and celebrated profusely. Although today many of us are globally in isolation, seventy-five years ago, many of us were globally celebrating.

In the UK, much of the celebrations will be done in lockdown, some traditions such as observing a 2-minute silence at 11am, as a tribute to those who lost their lives at the moment gunfire ceased, will be easily undertaken. Years prior to the coronavirus pandemic, the UK was preparing major celebrations to mark the 75th anniversary, the annual May bank holiday was moved to make for a three-day weekend beginning on the 8th of May. The planned veterans’ procession, public gatherings, street parties and other celebrations are now not able to go ahead due to lockdown procedures. However, people are encouraged to join in the celebrations from their homes and are taking to their gardens for party food, decorating their houses with union jacks and paying tribute to current and former military persons.

Events that can go ahead in isolation will be broadcasted on the BBC, including a re-broadcast of Churchill’s Victory Speech at 3pm, exactly when he first broadcast it on the 8th of May 1945, a rare public broadcast from the Queen and trumpeters filling their gardens with the Last Post in isolation.

Another British television channel in the UK; ITV, will air a documentary on Captain Tom Moore, who recently raised over £32 million for National Health Service charities during the coronavirus pandemic. He recently turned 100 and had vowed to do 100 laps of his garden, helped by his mobility aid, before his birthday. Which he achieved and shattered his original target to raise one thousand pounds.

People will be encouraged to join in with a national singalong from their gardens, of Dame Vera Lynns ‘We will meet again’. Portsmouth, a harbour town, will illuminate the sky with searchlights and spotlights from naval ships to emulate the blackout experience during the war. The local council hopes that during this difficult time it will remind people “that lighter times will come again”.

The Royal Voluntary Service, first established during the war, will look back on the ‘Women in Green of the WVS, founded for air-raid precautions.’ The Royal Voluntary Service is currently in swing again, recently recruiting over 750,000 members of the public to help hospitals and those that are most vulnerable during the coronavirus pandemic. Wreathes will be laid on behalf of hundreds of people and establishments, as many are unable to safely lay their own during social distancing procedures. All in all, it will be a very different set of celebrations than Britain had originally planned.