Blog - Latest News
You are here: Home1 / Around The Web2 / World3 / The World’s Largest Telescope Is Underway 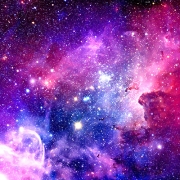 The world’s largest optical, land-based telescope is entering its design and construction phase. Slated for Las Campanas Observatory in Chile’s Atacama Desert at 8,500 ft./2,550m, the Giant Magellan Telescope (GMT) will have an 80ft./24.5m diameter mirror (actually seven giant mirrors) that will help astronomers to investigate black holes, dark matter and dark energy. The GMT will also be able to study the atmospheres of planets orbiting stars far from our solar system to search for signs of biochemistry—alien life.

The developer, GMTO Corporation, announced today that it has signed a $135 million contract with Germany-based MT Mechatronics and Rockford, Illinois-based Ingersoll Machine Tools for a nine year project for the final design and construction of its massive telescope’s 1,800-ton precision mechanism and steel structure.

Set to be completed in 2028 and see “first light” in 2029, the GMT will get its seven mirrors in 2025. What mirrors they will be. The largest in the world, they are currently being casted at the University of Arizona’s Richard F. Caris Mirror Lab, which has just delivered the second mirror.

“The foundations are fully excavated, we’ve finished the power and water on the mountain, and we’re building the infrastructure to support the construction crew that will peak at about 250 to 300 people,” says Pat McCarthy, Ph.D., Vice President for Operations and External Relations, GMTO. “We’re making a lot of progress.” However, it’s with this new contract that the telescope itself becomes a live project.

Las Campanas Observatory is already home to a slew of telescopes.

“Very carefully!” says McCarthy. “What we do is we take the mirror out of the lab and put it in a special steel shipping container that has shock absorbers and thermal insulation.” Complete with monitoring equipment to measure accelerations in temperature, the containers will be loaded onto a precision truck and be driven from Arizona to a port in Houston, Texas, then shipped through the Panama Canal, around the west coast of Chile then offloaded in the port city of Coquimbo. “That’s about a three hour drive from the top of the mountain in a regular vehicle, but this vehicle will take two or three days since the truck goes at about a walking pace,” says McCarthy. “It gets interesting when you take the mirror out of the box.”

The next stage is very delicate. “The mirrors are actually very robust and stiff—if you could stand on top of it and jump up and down it wouldn’t do any damage, but if you pick it up the wrong way, it could fracture under its own weight,” says McCarthy. Mirrors are therefore lifted by putting suction cups on the front and then lifting them with a vacuum out of the box into the telescope structure. “It’s always a tricky white-knuckle moment, but we’ve done it before multiple times,” says McCarthy.

The return of the ground-based telescope

There’s a long history of people building ever-larger telescopes on the ground, but in recent decade it’s space-based telescopes like Hubble and the upcoming Webb that have grabbed most attention. “We always need more light to see things that are further away, or fainter, or with higher precision, or higher spectral resolution,” says McCarthy. “What’s driving it now is a new technology that’s really coming to maturity—adaptive optics.”

“We’ll certainly see images that show the central star and the planet next to it, but we won’t be able to resolve the planets themselves,” says McCarthy. “They will always just look like an unresolved spot of light.” Sadly there’s no telescope on the ground or in space being designed as yet that would have the ability to resolve individual planets. “But to separate the light from the star is important—you can measure its position, its orbit, and you can separate the light to look at the color of a planet independent of the star,” says McCarthy. “That tells you about its temperature, its reflectivity, its composition, and its changing color and brightness, and the atmospheric chemistry of a planet—being able to separate the light allows a whole range of science.”

The US Economy is Slowing