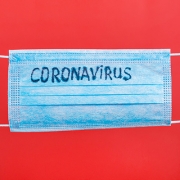 This week it has emerged that several states across the country have seen a large increase in the numbers of positive cases of coronavirus, with governors reintroducing lockdown rules in an attempt to stop a ‘second spike’ from getting out of control.

Therefore it has not come as a big surprise to hear that three states – New York, New Jersey and Connecticut – have announced that anyone traveling interstate from eight other states will be required to remain in quarantine for two weeks when they first arrive.

As well as visitors from Alabama, Arkansas, Arizona, Florida, North Carolina, South Carolina, Texas and Utah any tri-state residents who have visited those areas will also be forced to adhere to the strict quarantine rules.

The included states have been decided by following a formula where a state has seen their infection rate hit 10 infections per 100,000 people over the course of seven days.

Anyone who does not follow the rules will be fined $1,000 with anyone who is caught a subsequent time being fined a further $5,000.

However experts are claiming that the order – put in place by New York Governor Andrew Cuomo, New Jersey Governor Phil Murphy and Connecticut Governor Ned Lamont – may be against our constitutional right that allows us to travel from state to state freely.

When making the announcement Cuomo said, “Government has to work now, this is not normal politics. This is government actually having to perform a job.”

When pressed as to why the new rules had come into immediate effect he explained, “If you give people time, what you actually do is force people to rush back. It’s better to implement it quickly so you don’t cause a rush at the airports.”

Murphy agreed that the new quarantine measures were “the smart thing to do” after figures across the country increased significantly, with the daily increase in positive cases being the second highest since early March. He continued, “We have taken our people, the three of us from these three states, through hell and back, and the last thing we need to do right now is subject our folks to another round.”

The announcement was made only days after it was confirmed that New York – once referred to as the epicentre for coronavirus – was one of only three states that were heading towards containing the virus. An achievement Cuomo put down to making decisions based on science:

“We went from one of the highest infection rates to one of the lowest and we did it by making decisions based on the science, the data and the facts – not on politics. New York is finally coming back and I can’t stress enough how important it is that we don’t blow this incredible progress now. ”

Despite the quarantine orders being put in place, Mayor of New York City Bill de Blasio has confirmed that the city will be moving to the next phase in reopening.

On July 6 services including personal care, massage therapists and nail salons will be allowed to open their doors so long as they comply with strict social distancing rules. The indoor restaurant service will also be allowed to reopen.

In a bid to encourage positive mental health many recreational facilities will also be allowed to open for the first time in months, meaning many can get back to public basketball courts and even dog runs.

In his announcement the mayor pledged his support to the younger people of the city stating that the lockdown had “really put young people through so much strain. We have to help young people, we have to make this summer better for them.”

Currently there are only 2 per cent of all coronavirus tests coming back as positive which combined with fewer ICU beds (329) and new hospital admissions (60), falls within the current guidelines for reopening.

President Donald Trump is expected to visit New Jersey soon and it had been questioned as to whether the rules would also apply to him. Speaking on behalf of the White House, spokesperson Judd Deere confirmed he thought Trump would be excluded saying, “The president of the United States is not a civilian. Anyone who is in close proximity to him, including staff, guests, and press, are tested for Covid-19 and confirmed to be negative.”

Trump has continued to attract controversy after he was again seen not wearing a mask, particularly at his recent rallies in Arizona and Oklahoma – where attendees were also not forced to wear masks – two of the states that are on the quarantine list and where positive Covid-19 cases have increased significantly over the last two weeks.