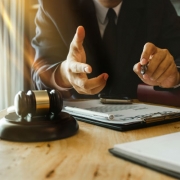 A leading Republican lawyer warned that President Trump’s threat to target Iranian cultural sites would be a violation of an international treaty.

John Bellinger III, who was the legal adviser for the State Department under President George W. Bush from 2005 to 2009, said in a Sunday Lawfare article that although bombing cultural sites would not constitute a war crime under the Rome Statute, it would violate the 1954 Hague Convention for the Protection of Cultural Property in the Event of Armed Conflict.

The Senate approved the convention, which was supported by the Bush administration, in September 2008. At the time, Bellinger testified before Congress about its passage and said that it was in line with America’s longstanding practice of not attacking cultural sites.

“We have concluded that U.S. practice is entirely consistent with this convention and that ratifying it will cause no problems for the United States or for the conduct of U.S. military operations,” Bellinger testified.