Blog - Latest News
You are here: Home / Around The Web / Sports / Tributes Fly In For Kobe 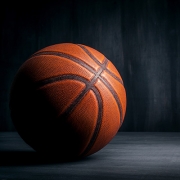 The world was shocked on Sunday as news was released that former NBA star Kobe Bryant and eight others were tragically killed in a helicopter crash. The 41-year-old is regarded as one of the NBA’s all-time greats and since his death tributes have flown in from the world of basketball, sport and beyond.

Former teammate Shaquille O’Neal led an emotional tribute to Bryant at the Los Angeles Lakers’ Staples Center home arena. O’Neal was supposed to be part of a panel previewing the Lakers’ game against fellow LA team the Clippers, but tributes were paid to Bryant instead as the game was postponed following Sunday’s shocking news.

“The fact that we lost probably the world’s greatest Laker, the world’s greatest basketball player is just – listen, people are going to say take your time and get better, but this is going to be hard for me,” O’Neal said on Thursday. “I already don’t sleep anyway, but I’ll figure it out.”

“I didn’t want to believe it. I said to my son, ‘I hope some buttface made this up and it’s not true’. But then after getting all the calls… my spirit just left my body,” O’Neal continued. “I never could have imagined nothing like this.”

O’Neal and Bryant were teammates at the Lakers for eight years at the start of Bryant’s career, winning three consecutive NBA championships from 2000 to 2002. The pair occasionally clashed before O’Neal’s departure in 2004, but a strong respect was always maintained.

“I’m not ready but here I go. Man I sitting here trying to write something for this post but every time I try I begin crying again just thinking about you, niece Gigi and the friendship/bond/brotherhood we had.” James wrote on a touching Instagram post.

“I literally just heard your voice Sunday morning before I left Philly to head back to LA. Didn’t think for one bit in a million years that would be the last conversation we’d have. WTF!! I’m heartbroken and devastated my brother!! Man I love you big bro. My heart goes to Vanessa and the kids. I promise you I’ll continue your legacy man! You mean so much to us all here especially #LakerNation and it’s my responsibility to put this s**t on my back and keep it going!!”

“Please give me the strength from the heavens above and watch over me! I got US here! There’s so much more I want to say but just can’t right now because I can’t get through it! Until we meet again my brother!!”

Fellow NBA legend Allan Iverson, drafted in the same year as Bryant, was also quick to pay respect to his friend and former colleague.

“Words cannot express how I’m feeling today,” Iverson wrote. “The only two words that ring in my head – devastated and heartbroken. I cannot seem to shake this feeling no matter what I’ve tried to do since hearing this yesterday.”

“The story of us being drafted in arguably the deepest class of its kind ever in the history of the NBA can be debated for many years to come. However, his generosity and respect for the game is something that I witnessed first-hand every time we stepped on the dance floor to compete.”

“We are not okay. But we will find the strength to pull through this together because that’s what Kobe would want us to do.”

It was not just those involved in the world of basketball that marked their respect following Bryant’s passing. It is clear that the future hall-of-famer’s legacy transcended basketball and indeed sport as franchises, clubs and people of note from all over the world came together to pay their respects.

Spanish super-club Real Madrid held a minute’s silence, while hundreds of flowers were laid at the high school Bryant attended.

NFL franchise the Dallas Cowboys brought out a huge memorial and Time magazine released a commemorative cover. Los Angeles City Hall was illuminated in purple and gold on Sunday night in honour of Bryant, who left behind a wife and three children.

Social media has also been awash with grieving tributes ever since the news broke, as people from all over the world pay respect to number 24’s remarkable achievements both on and off the court.

Harrison Discombe is a Contributing Editor at The National Digest based in the United Kingdom. You can reach him at inquries@thenationaldigest.com.