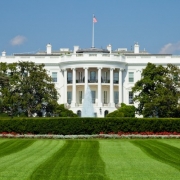 President Donald Trump declared last Thursday that the Republican party has cancelled plans to hold their convention in Florida. The convention was due to take place in Jacksonville, but a coronavirus ‘flare-up’ meant Donald Trump felt it necessary to cancel the event.

The GOP had previously had plans to host the convention in Charlotte, but North Carolina governor Roy Cooper raised health concerns over hosting the match in the city and pushed to have the meetings moved elsewhere. Trump then decided to move the convention to Jacksonville but has been forced into a quick turnaround as US coronavirus cases surpass 4 million.

Instead Trump has announced that a smaller number of Republican delegates will gather in the original venue in Charlotte for a half-day of events.

A number of members of the Republican party attempted to convince Trump to persist with the events despite several Republican lawmakers announcing they will not attend and others threatening to do the same. Trump was paying close attention to the state of affairs and chose not to risk a low turnout at the convention. The Trump administration are wary of a repeat of the embarrassment suffered when attendance expectations were far from met in Trump’s first rally since the coronavirus outbreak in Tulsa, Oklahoma.

The new half-day event will see President Trump formally nominated by the Republican party to be its standard-bearer in November’s presidential election.

“It’s a different world, and it will be for a little while,” President Trump said, explaining his decision to postpone the four-day event. Trump then added that he “just felt it was wrong” to put tens of thousands of attendees at risk.

“We didn’t want to take any chances,” he told reporters during Thursday’s White House coronavirus briefing. “We have to be vigilant. we have to be careful and we have to set an example.”

“There’s nothing more important in our country than keeping our people safe,” Trump added.
A source told CNN that Campaign manager Bill Stepien and Republican National Committee chairwoman Ronna McDaniel met with Trump recently to discuss the options for the Republican party convention. The pair told the President that it was indeed still possible to continue and host the convention in Jacksonville following social distancing rules, but 74-year-old Trump showed more interest in cancelling the event than in recent times.

Trump has been insistent over recent months over holding an in-person acceptance speech as part of the convention in front of a large audience. The U-turn has come as a shock to many but it is reported that senior White House figures told Trump he could use this opportunity to demonstrate his leadership.
“Today, my administration reached a historic agreement with Pfizer to produce and deliver 100 million doses of their vaccine immediately following its approval. Hopefully, the approval process will go very quickly and we think we have a winner there,” Trump said in his latest coronavirus press conference.

“We also think we have other companies right behind that are doing very well in the vaccines, long ahead of schedule. As part of Operation Warp Speed, this agreement will also ensure that we receive an additional 500 million doses shortly thereafter.

“This is another crucial step in our effort to develop, manufacture and distribute a vaccine in record-breaking time. Really a very small fraction of the time based on previous schedules. I want to thank the FDA. I want to thank everybody involved. It’s been an incredible process,” the President added.

“As discussed yesterday, the China virus poses the greatest threat to our senior citizens as we all know. The median age for those who die from the virus is 78-years-old and nearly half of the deaths have occurred among those living in nursing homes or long-term care facilities. That’s really something.

“In other words, approximately half of the fatalities have occurred among less than 1% of the US population. So think of that, less than 1%, half of the fatalities. So we know what to look for. From the beginning, we have made it our top priority to shelter our seniors. In early March, we announced guidelines suspending all medically unnecessary visits to nursing homes and prioritized resources for those facilities. And we gave it a very strong priority.

“FEMA has sent shipments to many different locations of protective equipment, and it’s going directly to 15,400 Medicaid and Medicare certified nursing homes throughout the country. Today, I’d like to provide an update on the additional actions we’ve been able to take and they’ve been very constructive. First, we’re requiring increased testing of the nursing home personnel in states where you had the worst outbreaks. All personnel will be tested at the highest level,” President Trump went on to say, before fielding questions from reporters during his White House press conference.