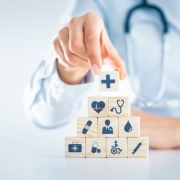 President Donald Trump and the White House have both announced that Trump’s healthcare plans will be revealed in full over the next two weeks. Trump and his administration have long promised a replacement to the Affordable Care Act and with just weeks to go until the election, it seems one is finally coming.

“The President in the next week or so will be laying out his vision for health care. Some of that has already been put out there — telemedicine and lowering the cost of drugs … and protecting pre-existing conditions. But the President will be laying out some additional health care steps in the coming, I would say, two weeks,” White House press secretary Kayleigh McEnany said last week after being asked if the President’s healthcare plan actually exists.

CBS News reported last week that Vice President Mike Pence promised that Trump’s plans would include an executive order which would guarantee that Americans suffering from pre-existing conditions must be covered by health insurance, even though the Trump administration has worked to remove similar protections under the Affordable Care Act.

Critics say this is just a pre-election ploy from Trump to address concerns in swing states and even shift attention away from his administration’s handling of the coronavirus pandemic. Democratic nominee Joe Biden has said that he will make healthcare a prominent aspect of the rest of his campaign and discredited Trump’s decision to attempt to dismantle the Affordable Care Act and the protections it supplies for those with pre-existing conditions.

On Thursday evening in North Carolina the president confirmed that the first executive order in relation to these healthcare plans will state that all US citizens suffering from pre-existing conditions will be protected with insurance.

The second executive order will allow Congress to pass legislation that will outlaw surprise medical billing by the end of the year. Health and Human Services Secretary Alex Azar has said if this cannot be achieved by lawmakers, he will seek to complete it either by executive or regulatory action.

Trump and various members of his administration have already expressed their desire to end the practice of surprise medical billing and lawmakers on both sides of the political spectrum are in agreement on the matter. However, legislation has not been passed as there are disagreements on who should cover the costs, insurers or providers.

“Under the America First Healthcare plan, we will ensure the highest standard of care anywhere in the world, cutting edge treatment, state-of-the-art medicine, ground-breaking cures, and true health security for you and your loved ones, and we will do it rapidly, and it’s in very good order, and some of it has already been implemented,” President Trump said during a speech in Charlotte, North Carolina.

“By contrast, the Democrat Party is pushing a socialist nightmare. Their plans will result in rationing care, denying choice, putting Americans on wait lists, driving the best doctors out of medicine permanently, and delaying life saving cures,” Trump continued.

“Over 130 Democrats in Congress including Senator Harris have endorsed legislation to outlaw the private health plans of 180 million Americans. On top of it all, former Vice President Joe Biden promised to give free federal healthcare to anyone in the world who illegally crosses our border. His plan to provide government healthcare to illegal immigrants would bankrupt our healthcare system, collapse our hospitals and destroy Medicare, while bringing in millions and millions of people lured into our country. As long as I am president, we will safeguard our borders and our seniors.

“So what we have now is a much better plan. It is no longer Obamacare, because we’ve gotten rid of the worst part of it, the individual mandate, and made it much less expensive. A lot of that was through good management. We manage it properly. We have tremendous people working on it. Simultaneously with all of this, we are joining in a https://www.msn.com/en-us/news/elections-2020/democrats-promise-major-focus-on-obamacare-in-supreme-court-fight/ar-BB19owTclawsuit to end this ill-conceived plan. I’m in court to terminate this really, really terrible situation.

“If we win, we will have a better and less expensive plan that will always protect individuals with pre-existing conditions. If we lose, what we have now is better than the original version of Obamacare by far.”