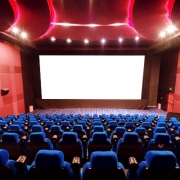 A poll by the Independent Cinema Office (ICO) has revealed that around two thirds of independent cinemas do not expect to open their doors for business until at least the autumn as uncertainty around the easing of lockdown in the leisure and entertainment sector continues.

All cinemas and theaters were forced to close in March as the UK entered lockdown to help ease the burden on hospitals and healthcare settings and the coronavirus pandemic took hold. The move caused turmoil in the film and entertainment sector, as all planned releases, including potential blockbusters such as James Bond ‘No Time to Die’, had to be put on hold and delayed for a later release. Some movies such as Trolls World Tour were released straight to the market, a move which has caused some conflict between NBCUniversal and theater chains and has led many to wonder whether this digital release trend could become more prevalent in the future.

Whilst there is no question that the big theater chains have been hit badly by the coronavirus pandemic, this pain has been felt even more acutely by the independent cinemas, who simply don’t have the financial backdrop that larger chains are able to benefit from. Following the government’s announcement that cinemas could reopen from 4th July, there has been much excitement and anticipation from avid movie fans, but there is a chance that some may be left disappointed. For indie cinemas in particular, opening the doors for business is essential to getting cash pumping back into their operations, but as the ICO poll reveals, many cinema owners are reluctant to do this right now for several reasons.

One cinema owner who was interviewed for the BBC revealed that he had concerns that social distancing measures could lead to cinemas feeling like ‘a hospital’ and this would be detrimental to the overall experience. Naturally, businesses will want to reopen as soon as possible, but if the customer experience isn’t favorable then it could lead to a distinct reduction in footfall, which could put even more strain on the business to cover its costs. It is therefore understandable that some may feel it would be better to remain closed for the time being, at least until the rules and regulations are relaxed further. These worries have led to further calls for government funding and support for cinemas who chose to remain closed after July 4th.

For many indie cinemas though, this may not be enough to prevent them from tipping over the edge. Despite being closed and furloughing their staff, the physical costs of business premises, rents, rates and insurances, means that many of these businesses are continuing to hemorrhage money even with government intervention. Some reports have suggested that cinemas could be shelling out anything from £8,000 up to over £30,000 a month even whilst closed. This perilous situation was voiced by nationwide gym-founder Duncan Bannatyne, who expressed his concern that his gym chain continued to lose millions of pounds each month whilst being closed to members. The chain has also suspended membership during the pandemic, meaning that it is also not benefiting from the monthly income it would usually receive from its members.

Another key area of concern is that many cinemas, particularly indie venues, are housed in older buildings where the social distancing measures needed to safely reopen simply cannot be accommodated. For example, having separate entrances and exits, maintaining safe distances within the building and even appropriate washing/toilet facilities could all cause problems when it comes to regulatory approval. The visitor demographics of some cinemas could also impact their decisions, as those areas with predominantly older audiences may find that they simply don’t get the numbers in to make reopening viable. In addition, there is the valid concern that one of the most profitable aspects of the cinema operation, the snacks, sweets, popcorn and drinks, are unlikely to be available, further reducing the income per person that would come from reopening the venue.

Despite these very real concerns, there are fears that pressure from larger chains may force indies to open before they are ready and risk making losses just to maintain a presence. Staying closed whilst the larger chains reopen could lead loyal customers to switch allegiances and it will be harder to woo them back once they do decide to reopen.

Ultimately, it may be the audiences themselves that determine how many cinemas decide to reopen. It is clear that many venues won’t be rushing to open their doors on the 4th July, and may sit back and watch the performance of other more bolder venues before deciding on their own fate.

What is clear is that much uncertainty remains as to how not just cinemas, but other leisure venues can safely reopen and how confidence visitors will be at returning whilst the coronavirus continues to be present within communities. It is certainly going to be a case of wait and see.

Scientists Believe Dexamethasone Could Be A Breakthrough In Fighting Covid-...

Walking For Pleasure: Why We Should Get Outside and Clock Up The Miles During...
Scroll to top