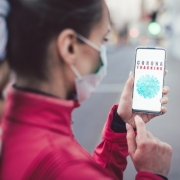 In order to combat the coronavirus crisis many governments have adopted or are developing contact-tracing technology and strategies. Contact tracing is an established response to pandemics such as the current COVID-19 virus. When a person becomes sick or is confirmed as having the virus, they will need to isolate and healthcare workers will attempt to contact any persons that the infected person has been in contact with. These people may be asked to isolate, given healthcare advice and monitored. Effectively, this strategy directly halts the spread of the virus and helps to keep it under control. Technology giants Google and Apple have been developing their own smartphone app for contact tracing and the UK’s health service has been producing one of their own. After facing some issues, the UK has decided to adopt the Google-Apple model instead of their own.

At the beginning of the pandemic, countries such as the UK and the US abandoned manual contact-tracing procedures as the virus overwhelmed manpower. Other countries such as South Korea, Germany and New Zealand, were at some point able to effectively implement this strategy and have fared better as a result. For months, many technology companies in different countries have been developing contact tracing apps, which should be able to transform contact tracing into a somewhat instantaneous procedure.

In basic terms, a contact tracing smartphone app would monitor and document Bluetooth signals of other smartphones within specified radius. If a person becomes sick, they update their status on the app, which then sends anonymised alerts to any of those smartphone users that have come into range with the infected person.

Many countries have already implemented contact tracing apps and some are looking at improving the technology. The UK’s National Health Service’s technology arm, was developing the UK’s original app, which has been in the works for some months and recently tested on the Isle of White. Many had been wary of its centralized approach, as it may infringe on people’s privacy rights, additionally, the app was facing compatibility problems with some phone brands such as Apple.

When an infected person updates their status as infected, a centralized app would send an anonymised ID alongside codes gathered from the other phones, to a centralized database, where risk assessments and alerts would be sent out. This would mean that epidemiologists would be able to access the data, but many were worried about data and privacy infringement.

A decentralized database would only send the anonymous ID to the centralized database, and not those codes of other smartphone users. In this case the person’s phone would be responsible for actions such as sending out automatic alerts.

Apple and Google’s decentralized contact tracing app, will now be adopted by the UK government in place of the NHS Covid-19 app. According to the BBC ‘One advantage of the switch is that the NHS Covid-19 app will be able to overcome a limitation of iPhones and carry out Bluetooth “handshakes” when the software is running in the background. Another is that it should be easier to make the app compatible with other countries’ counterparts, which are based on the same system – including the Republic of Ireland and Germany.’

For the UK, a contact tracing app is long overdue, The Guardian reported that an app was promised to be ready by mid-May, according to The health secretary Matt Hancock. This announcement comes after other European countries such as Germany, Italy and Denmark moved from a “centralized” app to a “decentralized” one.

Speaking to the BBC, Dr Michael Veale from the DP3T group, supported the decentralized model commenting: “This is a welcome, if a heavily and unnecessarily delayed, move, the Google-Apple system in a way is home-grown: originating with research at a large consortium of universities led by Switzerland and including UCL in the UK. The UK has no end of options and no reasonable excuse to not get the app out quickly now.”

The UK government has slowly begun lifting lockdown procedures for its citizens, however the country is far from recovered. On the 17th of June 2020, the UK’s total confirmed cases were at 299,251, Total deaths 42,153. These had increased on the 17th of June by 1,115 confirmed cases and 184 deaths approximately, according to Public Health England. At the beginning of June, Boris Johnson, announced that the UK would adopt a track and trace strategy to combat the spread of the virus. Currently, this is being done manually whereby those who started to show symptoms would need to isolate, request a test and report their status. If that person was indeed infected, the National Health Service would then have to track down those people that the infected person has had contact with and ask them to isolate.