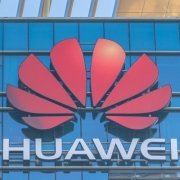 The UK government has made the decision to reverse its January decision regarding Huawei market share and ban the company from benefiting from the newly developed 5G telecom network. Two popular providers in the UK, Vodafone and BT, have been instructed by the government that they have until 2027 to remove Huawei technology from their 5G network and are banned from purchasing new Huawei equipment after 31st December. This decision was announced on Tuesday 14th July. Oliver Dowden, Digital and Culture Minister has expressed that the US sanctions imposed on the company widened the government outlook on the risk Huawei could uphold.

To those who are not familiar with Huawei, here is a basic summary of the business. Huawei was founded in 1987 by Ren Zhengfei, a former technical officer in the People Liberation Army. The business specializes in creating mobile phones, base stations and routers that can help with the ease of communication around the world. It employees around 194,000 people. It can be debated that Huawei is one of the first technological businesses to become global from China. It has faced controversial views from some of the world’s largest nations. The US argues that Huawei has links with the Chinese Communist Party and has the ability to engage covert surveillance equipment if it is needed.

In the early years of launching the business, Huawei ensured they targeted the UK correctly. They secured themselves the contract to supply BT from 2003 and since its success has opened a special unit in Banbury. This unit is named the Cell, where the spy agency GCHQ can review and monitor software code. The UK government announced in January that the risk Huawei could potentially have on the nation could be managed, if the business agreed they would not be able to have a monopoly. Prime Minister of the UK, Boris Johnson, announced that Huawei market share should be capped at 35% of 5G networks, to avoid the risk of Huawei holding the majority market share in 5G. In recent days, the decision has been changed after new information has come to light. Tory rebel MPs and Donald Trump’s White House were concerned about the decision made in January.

Digital and Culture Minister Oliver Dowden expressed the reasoning behind the new decision to ban Huawei in the UK from its 5G infrastructure. As CNN reports “Given the uncertainty this creates around Huawei’s supply chain, the UK can no longer be confident it will be able to guarantee the security of future Huawei 5G equipment”. However, citizens must realise this decision has not been an easy one for the UK government. As the BBC News “This has not been an easy decision, but it is the right one for the UK telecoms networks, for our national security and our economy, both now and indeed in the long run”.

The US applauded the decision made by the UK government as the US has been attempting to influence allies into excluding Huawei from their 5G Networks. Influential figure, Mike Pompeo US Secretary shares with CNN his relief regarding the UK banning Huawei, “the tide is turning against Huawei as citizens around the world are waking up to the danger of the Chinese Communist Party’s surveillance state”. However, Brexit could mean consequences for the UK when attempting to find trading opportunities therefore the decision to ban Huawei could mean a level of backlash the UK needs to be prepared for.

It has been reported that Huawei will suffer largely from this decision, as they have been operating business in the UK for over 20 years. Last year the sales figures show that 24% of its sales came from Europe alone. In the US, the business has been hit hard too as a decline in smartphone sales has become more prominent. This has been the impact from the decision Washington made to decline Huawei technology from accessing popular Google apps.

China’s Foreign Ministry emphasized on Tuesday 14th July that the decision the UK has made will bring consequences that will influence its wider relationship between the two countries. The Foreign Ministry spokesperson expressed “Whether the UK can provide an open, fair and non-discriminatory business environment for Chinese companies … is a litmus test for British markets after Brexit, and it is also an indicator for China’s investment in the UK”.

Oliver Dowden has not yet clarified whether existing Huawei equipment in the 4G infrastructure will be affected. However, major provider BT has faced concerns about the decision the UK has made. CEO Philip Johnson has expressed that stripping Huawei technology out of the UK telecom networks could take up to 10 years. If there was the ability to do it faster, it would only happen as a result of negative complaints from customers.

Has Locked Helped or Hindered Your Plans For Dieting?
Scroll to top