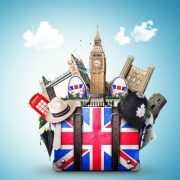 In recent weeks both the United Kingdom and the European Union (EU) appeared to have managed to get the current coronavirus pandemic under control but resurgences of the virus in some countries has led to panic and concern amongst residents as well as holidaymakers.

The UK had implemented ‘air bridges’ between themselves and 75 countries that they had deemed ‘safe’, telling their citizens that it was now ok to travel across the EU for their summer holidays.

However the last few weeks has seen the number of cases of covid-19 increase and countries including Spain have reintroduced local lockdown measures in some areas, leading to world leaders reconsidering their advice on whether their citizens should be allowed to head on holidays.

UK Prime Minister Boris Johnson has rescinded his advice that Spain and the Balearic Islands are safe and has imposed a 14-day self-quarantine requirement on anyone coming home from these countries.

The move has angered many, including the Spanish government who are trying to get the rulings removed, especially for the Canaries and Balearic Islands. The regions of Valencia and Andalucía, both under autonomous governments, have put forward their requests for quarantine restrictions to be removed.

Holiday makers have also been left in limbo with many in the UK unsure if their holidays, many of them rebooked from earlier in the year, will go ahead, while some customers already in Spain have been told to come back early or risk being stranded there.

There has also been speculation that as well as Spain, the self-isolation rule could be applied to other popular destinations including France. Holiday giant Tui has already suspended all flights to the Canary and Balearic Islands until August 10 while flights to mainland Spain will resume a week later on August 17.

However with many parts of the UK having higher levels of positive cases than Spain the Spanish government has questioned the decision. The UK has had to implement their own local lockdowns in many areas in the north of the country including Leicester, Manchester and parts of Yorkshire.

Reyes Maroto, the tourism minister for Spain confirmed that their government was working with the UK and continued to provide them with epidemiological updates about each region within the county. “There have been conversations since the weekend with the British authorities about dropping quarantine for those visiting the islands as soon as possible. We’ll be talking to all the Spanish regions to see what they propose, and any proposals will be brought to the British authorities.”

Maroto also confirmed that each region was being honest and open about their information, stating that they “want to use that information to bring confidence and transparency when it comes to taking decisions. Our opposite numbers around Europe are doing the same thing and keeping us informed about the outbreaks, which are happening across all European countries and not just in Spain.”

Holidaymakers already in Spain have been speaking out about how they feel they have been abandoned by their holiday provider.

Jet2, the UK’s biggest tour operator, emailed or text some of their customers already on holiday to tell them that their flights had been cancelled and they had to make alternative arrangements to come home early. In some instances passengers have been charged around £300 ($416) to change their flights, a claim the company has said they are looking into.

All flights to Menorca, Majorca, Ibiza, Tenerife, Gran Canaria, Fuerteventura and Lanzarote have been temporarily suspended and the company are refusing to send empty flights to pick up remaining customers, stating that it would not be cost efficient, especially in a climate that has already seen travel companies suffer financially this year.

“We appreciate that some of our package holiday customers were due to stay on holiday for longer than this and we apologize for any inconvenience caused.

“It is important to note that we are responding to a very fast-moving situation with updates coming from the government with little or no notice, and we have had to make decisions about our programme accordingly. We can assure these customers that we will be in touch with them to resolve any issues that they may have.”

Spain has denied they are experiencing a second wave of infections with their government’s senior coronavirus expert, Fernando Simon, stating that, “A second wave would be when we have uncontrolled, widespread community transmission.”

Currently areas, especially in the northeast such as Aragon, were seeing the virus spread amongst some of their communities however Simon pointed out that the majority of Spain had managed to control the outbreak.

The number of deaths attributed to coronavirus in the country was still considerably less than the number during its peak. In April the daily death was regularly near 1,000 however 10 people have lost their lives to the virus in the last week. This is thought to be because the virus appears to be targeting young people who are predominantly in a healthier position to fight the illness.

Amie Thurlow is a Contributing Editor at The National Digest based in the United Kingdom. You can reach her at inquiries@thenationaldigest.com.