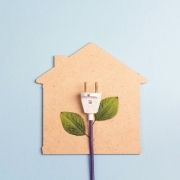 As Coronavirus infections have slowed for many countries, and governments looked to slowly re-open their economies, climate activists and experts have been urging the inclusion of green policies into economic recovery plans. Organisations such as the International Energy Agency set out a blueprint in June that mapped out a green economic recovery, which not only reduced carbon emissions but created jobs and economic growth. Many experts and academics alike have also vouched for a green recovery, publishing peer-reviewed papers, and credibly structured studies.

Emily Shuckburgh, of the University of Cambridge stated: “Shaping the national and global recovery from the coronavirus pandemic in a way that supports the response to climate change and other environmental threats simply makes sense. Not only does analysis suggest green recovery packages deliver greater economic benefit, but investing appropriately in research, innovation, infrastructure and skills training, and matching that with robust institutional structures, will help create a fairer, more resilient, sustainable world with benefits for all.” In the Chancellors summer statement, one of many in the economic recovery, he outlined some plans for a green recovery, much of which focuses on housing.

The plan has thus far outlined a move to decarbonize housing and public buildings, opening up ‘green jobs’ whilst upgrading buildings to be energy-efficient and eco-friendly. The government website regarding the announcement outlined: ‘the plan will also create tens of thousands of jobs through bringing forward work on £8.8 billion of new infrastructure, decarbonization and maintenance projects.’

The UK government has set out a ‘£3 billion green investment package that could help support around 140,000 green jobs and upgrade buildings and reduce emissions.’ A further £1 billion will be invested to public buildings, including schools and hospitals, greener, and a ‘Green Homes Grant scheme’ will allow households to make their homes for energy-efficient. In this scheme, the government has allocated approximately 2 billion pounds available in vouchers between £5,000 and £10,000 depending on household income. Granting households, the means to retrofit houses with improvements such as loft, wall and flooring insulation. The UK government predicted that it would create thousands of jobs for local tradespeople and save households hundreds of pounds per year on energy bills.

These schemes were previously suggested by experts and organisations such as the International Energy Agency (IEA), which highlighted housing improvement as a key area for job creation and carbon reductions, certainly the primary means for energy efficiency in the sector. The IEA stated: ‘Deep energy retrofits of old buildings can reduce energy demand linked to space heating by two-thirds or more: they can also reduce or eliminate emissions where they involve switching to renewables or decarbonized electricity. Retrofitting 20% of buildings in advanced economies over the next five years would reduce CO2 emissions from space heating by around one-fifth.’

Quoted in The Guardian, government adviser and chief executive of the Committee on Climate Change (CCC), Chris Stark, said: “This is a really good package, we said the government should focus on job creation, and the biggest area of job creation is energy efficiency. This is a genuine stimulus, as it is big money that has to be spent quickly.”

Although this is positive news for the housing sector, the UK government has not yet laid out further plans for the other suggested and arguably more prominent areas of a green economic recovery. At the moment the current Conservative government has a target of reaching Carbon-Zero by 2050. However, areas such as investment in renewable energy, green transport, electricity and other green jobs were left unmentioned in July’s statement.

Abandoning fossil fuels for renewable energies is a key area in the climate crisis and investment in areas such as wind and solar is central to carbon reductions. There was an investment in technology that extracts carbon from the air of £100m, but not much else. According to The Guardian, other countries in Europe are investing more and further ahead in terms of a green economy, ‘France is spending about £13bn on its green recovery measures, while Germany is looking to top £35bn. The EU as a whole is pursuing a $1tn green deal.’

Speaking to the The Guardian, Rebecca Newsom, head of politics at the organisation Greenpeace, said: “The chancellor made many of the right noises about sparking a green recovery. But instead of digging in to deliver on this promise, he seems to have downed spades with the job only partly done. The government has missed the opportunity to kickstart the green recovery we need.”

UK Government To Give Diners A Discount in Order To Reboot The Hospitality ...

What Does Coronavirus Immunity Look Like?
Scroll to top