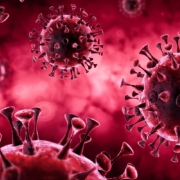 Although the number of confirmed covid-19 cases has increased in six states, prompting Anthony Fauci to warn Americans that the country is “still in the first wave” of the pandemic, other areas around the world are starting to see the pandemic slow down thanks to many countries slowing reopening after months of lockdown, including the United Kingdom.

The UK government’s chief medical officers have reduced their alert level from four to three – with the highest alert being five.

This means that although coronavirus is still “in general circulation” there is now a possibility that there will be a “gradual relaxation of restrictions”. Transmission of the virus was considered “high or rising exponentially” so this latest move has been seen as a successful step in the right direction to reopening the country completely.

In an announcement by the UK’s Health Secretary, Matt Hancock confirmed the move was “a big moment for the country” and further supports that the plans put in place by his government were working – despite the UK having over 300,000 confirmed cases and more than 42,200 deaths, the third highest number of fatalities in the world.

The alert level reduction was made after the Joint Biosecurity Centre made the recommendation however they were quick to confirm that this does not mean the pandemic is over stating that “localized outbreaks are likely to occur”. In a joint statement the medical officers for England, Scotland, Wales and Northern Ireland said:

“There has been a steady decrease in cases we have seen in all four nations, and this continues.
“We have made progress against the virus thanks to the efforts of the public and we need the public to continue to follow the guidelines carefully to ensure this progress continues”.

The UK has five alert levels including:

Before the chief medical officers were able to recommend the level reduction they had to consider several different elements which included whether the number of daily cases was consistently falling as well as the number of new cases – latest UK figures show that there were 135 deaths from covid-19 on June 18 and 1,218 new confirmed cases.

Furthermore, the number of daily hospital and intensive care admissions also had to continue to drop over the previous four weeks. The spread with which the virus is spreading – the reproduction (R) number – also has to continue to drop across the four nations.

With all of these targets met it was clear that the level could be dropped and Hancock confirmed that these factors were “a real testament to the British people’s determination to beat this virus”.

Hancock continued, “Infection rates are rapidly falling, we have protected the NHS and, thanks to the hard work of millions in our health and social care services, we are getting the country back on her feet.”

The announcement was expected to be at the end of May after British Prime Minister Boris Johnson had informed MPs that they would be reducing “the Covid alert system from level four to level three tomorrow, we hope, we’re going to be taking a decision tomorrow”. However the decision was made to continue at level four.

The alert system was revealed to the nation at the beginning of May and included a three-step strategy for restrictions to be reduced.

Step two – implemented from June 15 – saw non-essential retail reopening, prompting huge queues as people rushed to get back into clothing stores, as well as certain grades being allowed back to school. Households were also allowed to increase their “bubble” with one other household meaning many of those living alone were able to finally hug a loved one.

Step three would see more non-essential services reopen, including hair and beauty establishments, leisure facilities, pubs and restaurants. This has been scheduled to take place “no earlier than 4 July” however people will still not be allowed to be within 2 meters (6 foot 6 inches) of each other, nor will they be allowed into each others homes.

While the different levels and steps are to help the government in their decisions on when to implement the next stage of reopening the country, the Department of Health and Social Care for England said “they are not contingent on each other”.

The downgrading to level three could also be an indication that the government are looking at “gradual relaxing of restrictions and social distancing measures” with experts looking at whether it is possible to reduce the distance between people from 2 meters to 1 meter (3 foot 3 inches).