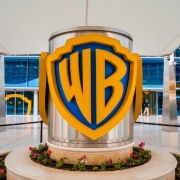 After an already challenging year for the film industry, it seemed as though there might have been a small amount of relief with people heading back into cinemas and the releases of some of the biggest blockbuster films to look forward to.

Spending more time at home has fostered an increased appreciation for the entertainment industry and the escapism the world of film can bring to its audience, particularly through the uncertain times of covid-19.

However fans were disappointed this week when movie-making mogul Warner Bros announced they are set to delay the release of two of their most anticipated upcoming movies Dune and The Batman.
They cited how the lockdowns as a result of the Covid-19 pandemic have already impacted large scale blockbuster releases and as social distances measures are set to continue, audiences are reluctant to return to the cinemas and some chains are making tough decisions over whether they will remain open.

When looking at the current situation across the world, the pandemic still remains a threat, with the United States and United Kingdom experiencing a rise in cases as well as countries across Europe, leaving cinemas unable to open and people anxious to visit.

It is on this note that Warner Bros made the decision to postpone Dune, a science fiction movie brought to the silver screen by director Dennis Villeneuve. Based on the 1965 novel of the same name by Frank Herbert, the film stars Timothee Chalamet, Zendaya, Rebecca Ferguson, Oscar Isaac and Josh Brolin amongst others. The story is set to be shared in two instalments with the first originally scheduled to be released Dec 2020, but moviegoers will now have a longer wait until the new release date to be October 2021.

Looking further ahead in Warner Bros calendar, The Batman has also been extended with its release being moved to March 2022, much later than its initial release in October 2021.

Audiences have already been enticed with the latest offering of The Batman, with British actor Robert Pattison cast in the iconic role of the caped crusader and Bruce Wayne. With filming still taking place, it was reported last month that filming had to take a two week break due to the leading star testing positive for the Covid-19 virus, which remains unconfirmed by the Warner Bros studios.

The Batman, directed by Matt Reeves, will take us back to Gotham City, midst election where the candidates are being murdered simultaneously with the killer leaving behind a trademark clue, in the form of a riddle. Fans are eager to see the new adaptation of the character The Riddler, a well known nemesis of Batman that will be brought to life this time by Paul Dano. The Riddler has previously been played by Jim Carey, in Batman Forever, and Cory Michael Smith, in Gotham.

But what does this mean for the film industry that is currently facing so much uncertainty? In order to bring us the top blockbuster movies with magnificent effects and leading actors that are so well-loved, it relies on movie fans to go to the cinema to generate the revenue to keep bringing us the films that we enjoy to watch.

Through the course of the pandemic thus far we have seen many films appear on our screens though streaming sites such as Netflix or cable/online Box Office subscriptions that have allowed us to rent the movies at home, but it is a decision that comes with an element of loss. In an industry that is all about delivering art and capturing stories through film, it relies on generating significant funds that are not present within the current necessary ‘stay at home’ culture.

We have seen many films this year share the same fate, and it will come as a huge disappointment to all involved from directors, actors and audiences that these films have to be rescheduled.

However, the film experience is so much more than just the movie alone; travelling and being in the cinema theatre settings, amongst fellow avid fans, the outstanding picture quality, epic surround sound and of course our favourite movie snacks such as popcorn all complete the experience that we love and hope to have soon again.

For the time being, it is important we all keep safe and protect lives as well as these industries. Beyond the glitz and glamour of the big production, companies such as Warner Bros have a lot at stake with these two upcoming movies and with continuing uncertainty, it is likely to be the best course of action to extend their release schedule to enable filming to be complete and audiences to return in a safe way.

With so much anxiety remaining that is likely to continue for some time, we eagerly await the new film releases and hope that we can visit cinemas in a safe way not too dissimilar as we did once before.