Blog - Latest News
You are here: Home1 / News2 / Entertainment News3 / We ‘Salute’ You Jesy Nelson as She Makes Decision To Leave Little Mix... 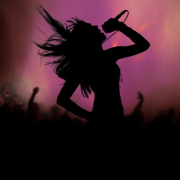 Amidst the glamour of the world of celebrity there is without a doubt a double ended sword, and this has certainly been experienced in its rawest form by pop star Jesy Nelson. As a member of the girl band Little Mix, Jesy has not always had it easy throughout her career suffering with her mental health and anxiety and further to recent speculation and her extended break, Jesy has made the announcement that she has decided to officially leave Little Mix.

Jesy Nelson, 29 years old, made an official announcement on Dec 14th of her permanent departure from the band, which saw her become a household name on the UK incarnation of the X-Factor. The singer made the announcement over her social media, opening her statement with an address to her fans, saying ‘To all my Mixers, The past nine years in Little Mix has been the most incredible time of my life’ and concluded ‘So after much consideration and with a heavy heart. I’m announcing i’m leaving Little Mix’

The news came off the back of Jesy taking a step away from the band and their commitments in an ‘extended break’ which saw her miss the final of Little Mix’s The Search TV program, that aired on BBC One in the UK, as well as relinquishing her hosting duties at the MTV Europe Music Awards, which included a performance of the latest Little Mix single Sweet Melody. Her absence at the time was reported as ‘medical reasons’, as per a statement from the band’s publicist ‘Jesy is having extended time off from Little Mix for private medical reasons. We Will not be issuing any further comment currently and ask media to please respect her privacy at this time’

Mental health has been a prevalent concern for Jesy; living life in the spotlight has caused the singer intense upset over the course of her career. Despite being a much loved member of the band, Jesy has also been the brunt of trolling often commenting on her weight, her appearance and her outfits.

Jesy has always been open and honest with her supporters. She advocates the message of loving yourself and rising above the online comments and criticisms she has been subjected to over the years. Jesy continued in her message directed to her fans to say ‘recently being in the band has really taken its toll on my mental health’ which has been a cause for concern for Jesy throughout her time in the group.

In 2019, Jesy spoke out about her battles with anxiety releasing a documentary titled Odd One Out, which was broadcast on the BBC in the UK. Following her life with Chris Hughes, who came to find fame on ITV’s Love Island, who was her boyfriend at the time. She opened up to audiences about her suffering due to the trolling she received on social media and that she considered taking her own life. The heartfelt documentary drew support for the singer and even won an award for best factual entertainment at the 2020 National Television Awards.

In response to the news, remaining band members Leigh-Anne Pinnock 29, Perrie Edwards 27 and Jade Thirlwall, 27 tweeted “After an amazing 9 years together Jesy has made the decision to leave Little Mix. This is an incredibly sad time for all of us but we are fully supportive of Jesy.”

They noted her mental wellbeing and her struggles: “We love her very much and agree that it is so important that she does what is right for her mental health and well-being. We are still very much enjoying our Little Mix journey and the 3 of us are not ready for it to be over.’

The girls have risen to international fame over the past nine years, after first coming into the spotlight on reality TV Show the X-factor in 2011. They won the series under their mentor Tulisa, taking the title over the runner up Marcus Collins and Amelia Lily in 3rd.

Since their first single ‘Cannonball’, a cover of the song originally by Damian Rice, was released as the winning song from the 2011 X-factor, the girls have continued with their success achieving chart topping singles with songs such as “DNA”, “Black Magic” and “Confetti” and 6 albums so far including their first album “Wings” and “Salute”.

Regarding their upcoming plans Little Mix are still hoping to go ahead with their UK tour as a trio, scheduled to take place in 2021 if safe to do so, after cancelling their 2020 tour which would have taken them to 21 locations across the UK. This was cancelled during the first UK national lockdown to enhance the message to ‘stay safe and stay home’

We all send our best wishes to Jesy and hope she finds her happiness in her time away from the spotlight. We look forward to seeing what Leigh-Anne, Perrie and Jade will bring in 2021 as a three piece.

Russia to Miss Olympics and World Cup After Ban Upheld