Blog - Latest News
You are here: Home1 / Around The Web2 / Business3 / WeWork Reportedly is Favoring JPMorgan over SoftBank to Bail Out the Buckling... 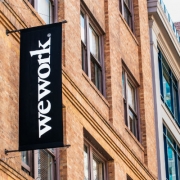 WeWork is running out of cash fast, and, according to Bloomberg, the real-estate firm is favoring JPMorgan to help it refinance.

The refinancing package would come to roughly $5 billion and may also include $2 billion of unsecured payment-in-kind with a weighty 15% coupon, a source told Bloomberg.

The news came a day after it was reported that SoftBank was looking to take a controlling stake in WeWork. The Japanese investment giant has long been one of WeWork’s major investors, so far investing at least $11 billion into the firm. The controlling stake would be roughly worth $10 billion, a fraction of the $47 billion at which SoftBank originally valued the firm.

People familiar with the situation told Bloomberg the SoftBank investment was being viewed as a “backup plan,” as a takeover by the Japanese firm would dilute employees’ holdings.

Scientists Want to Make a 3D Map of the Entire World Before Climate Change Ruins...

Free Your Mind: 4 Lifestyle Changes For Your Better Mental Health
Scroll to top