Blog - Latest News
You are here: Home1 / Around The Web2 / Science3 / What 23andMe and Other Genetic Testing Tools Can Do With Your Data 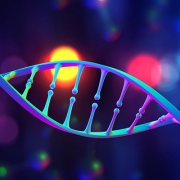 Three years ago, I put my faith in a 23andMe DNA test and got burned.

While most of my results initially checked out — about 50 percent South Asian and what looked like a 50 percent hodgepodge of European — there was one glaring surprise. Where roughly 25 percent Italian was supposed to be, Middle Eastern stood in its place. The results shocked me.

Over the years, I had made a lot of the Italian portion of my heritage; I had learned the language, majored in Latin in college, and lived in Rome, Italy, for my semester abroad. Still, as a rational person, I believed the science. But my grandmother, whose parents moved from Sicily to Brooklyn, where she was born and grew up speaking Italian, refused to accept the findings.

Fast forward to this summer, when I got an email about new DNA relations on 23andMe and revisited my updated genetic results, only to find out that I am, in fact, about a quarter Italian (and generally southern European). But it was too late to tell my grandma. She’s dead now and I’m a liar.