Blog - Latest News
You are here: Home1 / News2 / Entertainment News3 / What Films Are Helping Cinemas To Bounce Back? 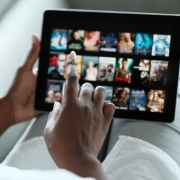 When the coronavirus pandemic took over the world the film industry quickly came to a standstill. Whether long-standing TV shows or major blockbuster films, shooting schedules were temporary paused as many countries and businesses complied with lockdown procedures. Whilst streaming services such as Netflix, Disney+, Amazon Prime and so forth saw a boom, physical entertainment venues such as cinemas and theaters were forced to close their doors. The freezing of the film industry has not only meant that films are not being made but the release of many highly anticipated films, earmarked for a cinematic release have been delayed.

Despite local outbreaks in particular states, cities or countries, many governing bodies are slowly lifting lockdown procedures. Therefore, businesses such as cinemas are beginning to reopen. After months of delays some major films are now set to release in cinemas and owners are hoping that some of the blockbuster films will be a strong incentive to put cinemagoers back into their seats, popcorn in hand.

Cinema chains small and large, have been impacted by pandemic and its necessary lockdowns – revenue has been lost and many customers may not want to return to the cinema whilst the coronavirus is still active. Although these venues may have an extensive range of films to offer, some films are being relied upon more than others to pull viewers in and effectively resuscitate the cinema business. In July, Wired reported: “As an industry, we have already lost $5bn – more than ten per cent of the annual global box office,” says Dimitrios Mitsinikos, cofounder and CEO of London-based Gower Street Analytics, the company used by major Hollywood studios schedule movie releases in marketplaces across the world.’

During the pandemic some films were given an early digital release or moved to streaming services rather than cinemas, whilst others were postponed several times in order to reach cinemas at the most opportune moment. Many of these delayed films are now being released, with cinema schedules laid out to the end of the year.

The newest James Bond film, No Time To Die, was due to be released in early March 2020, other major films such as Disney’s Mulan, and Christopher Nolan’s Tenet, were also postponed on multiple occasions from March and July respectively. Recently, Disney made the decision to move its high grossing film, Mulan, to digital release only. This was a shocking blow to cinema owners who were relying on the multibillion-dollar film to help to cinemas recover from the pandemic.

In the UK, cinemas began reopening in July, but saw modest takings in that period. However, upon the recent release of Christopher Nolan’s sci-fi thriller, Tenet, ticket sales saw a major increase. The BBC reported: ‘The Showcase cinema chain said its ticket sales increased by 75% ahead of the film’s eagerly anticipated release. Tenet also performed well internationally, taking $53.6m (£40m) from sites in the Middle East, Europe and South Korea.’ Calling it a “Shot in the arm” for UK and Irish cinemas, the film took £5.33 million within its first week of release. According to the BBC, ‘Warner Bros chairman Toby Emmerich said the studio “couldn’t be more pleased” by the film’s “fantastic start”.’ The overall film earnings are expected to increase as the film premieres in the US, Russia and China.

Other titles such as Disney Pixar’s Onward, The New Mutants and Unhinged starring Russell Crowe have also pulled in high takings since their release, aiding cinema chains. Although many films have been pushed into 2021 or later, there are still plenty of major blockbusters in the line-up for this year.

DC’s Wonder Woman 1984, Marvel’s Black Widow, No Time to Die from the James Bond franchise, Disney Pixar’s Soul and Stephen Spielberg’s West Side Story are among some of the high-hitters for the remainder of 2020. Further, the remake of Frank Herbert’s sci-fi masterpiece, Dune could also turn out to be a success.

One of the biggest films for this year is No Time to Die, and will be Daniel Craig’s final performance as James Bond. The film in is expected to do very well in cinemas, Craig’s previous Bond films, Skyfall and Spectre grossed $1.2 billion and $880 million respectively, and his final run as the infamous British Secret service agent is hoped to compare to those previous takings. Of the two upcoming, highly-regarded, superhero films DC’s second installment of Wonder Woman, will see Gal Gadot returning to the screen, the first film making $389 million in the US box office alone. Marvel’s much needed Black Widow spin-off will star Scarlett Johansson and some sources have predicted it will earn a $270 million lifetime grossing.

Although, experts are unsure as to how well films will do in the cinemas due to the pandemic, these highly anticipated films from leading production companies or directors, such as Pixar’s Soul, or Spielberg’s West side Story will hopefully encourage enough footfall to resuscitate cinemas worldwide. However, film studios will feel the effects of the pandemic years into the future. Franchises such as Marvel and Star Wars have a complex and extensive film release schedule that the pandemic has re-arranged and shifted for years to come.

Hand Care in The Year of Handwashing