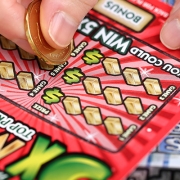 There was a time when being able to get a ticket to a recording of a show was a massive treat, with people queuing for tickets just to see their favorite stars. However nowadays the ticket does not seem to be enough. Many producers of lifestyle chat shows are often giving their audiences free gifts just for being there, with many receiving items including day trips, baby shower gifts and who can forget Oprah screaming ‘You Get a Car!!’ to everyone in her audience.

Ellen DeGeneres has been presenting her show for 17 seasons and often likes to treat her audiences. Over the seasons audiences have received gifts including Target gift cards, NFL tickets and school supplies however there have also been some pretty big giveaways including a bookmobile to a school, round the world tickets and who can forget Lisa Jarmon? Lisa got selected from the audience and was presented with a brand new car. The following year Ellen brought her back to give her all the items in that year’s ’12 Days of Giveaways’, followed by a treat only a month later of tickets to Disneyland and her own custom-built house!

However the ’12 Days of Giveaways’ in the lead up to Christmas in December 2019 has received negative publicity. As part of the giveaway audience members received $500 in Scratchers tickets each, prompting a whistle blower to lodge a complaint stating that the $212,500 worth of Scratchers was a ‘misuse of funds’. Following the complaint Californian state officials have called for an investigation into the California Lottery.

This is not the first time the lottery has been involved in a scandal with allegations of nepotism, wasteful spending and inappropriate gifts being reported. However the complaint has come shortly before a state audit of lottery finances – requested by Republican State Sen. Ling Ling Chang to ensure Californian public schools were getting their 34 per cent of lottery sales – are due to be released.

Following the giveaway – in which DeGeneres guest Jimmy Kimmel said of the audience “I know something that can make them absolutely filthy rich this holiday season. Give the gift of Scratchers from the California Lottery. Their mission is to provide funding to California schools for programs like music, reading art, technology — all that kind of stuff.” – Chang called for an investigation to make sure it was handled in the correct manner.

Chang continued that she believed the show should have paid the lottery for the tickets and further questions were raised when a YouTuber admitted she had received one of the $500 packets from someone affiliated with the show – however it was not an audience member.

Lottery employees filed the complaint and alleged that not all the ticket packets were accounted for, with some being left with show staff members.

Retired lottery sales representative Charlotte Belasco agrees. Speaking with the Times Charlotte commented, “I think somebody needs to take a very close look at how the lottery is distributing their Scratchers tickets. This is money taken right out of education.”

Russ Lopez, a spokesman for the lottery, confirmed that the giveaway was in line with state regulations and also claimed that the ‘total media value’ of having the Lottery promoted on mainstream television, courtesy of DeGeneres and Kimmel, was equal to around $1.6 million.

“The Ellen Show offered a unique opportunity to increase consumer awareness of California Lottery’s contributions to public education while helping to drive sales of Holiday Scratchers,” Lopez said. “This promotional opportunity allowed the lottery to achieve significant cost savings compared to buying the equivalent in media exposure via a traditional ad buy.”

Officials for the California Lottery confirmed that 425 Scratchers packets, each worth $500, were given to the show however he also confirmed that the show did not report how many packets were actually given away. It was also reported that the packet the YouTuber received was the only packet that they were aware of that did not make its way to a member of the audience.

Lopez said, “It was Lottery’s understanding that all gift boxes were to be distributed. We subsequently learned that an extra gift box was supplied to a popular influencer which provided additional media exposure, endorsement and promotional value for Holiday Scratchers games at no extra cost to Lottery.”

However Chang has admitted she does not believe that giving away free tickets can increase lottery sales especially if one of the free Scratchers given to the audience was a big win, essentially taking away money that should have been sent to schools.

Meet the Most Important Mogul in South Korean Entertainment

Self-Love This Valentines
Scroll to top