Blog - Latest News
You are here: Home1 / News2 / Travel News3 / Which Countries Are Opening Up? 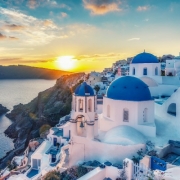 With many parts of the world in their first stages of summer it is clear that the travel industry is suffering due to the continued threat of coronavirus and the restrictions each country has to implement.

While numbers of positive cases and fatalities have continued to increase dramatically across the majority of the country, this is not the case worldwide.

Many countries are finally being allowed to reopen for visitors; bringing some much needed money into their economies. But are there any restrictions still in place when you arrive at your vacation destination?

The United Kingdom has announced that they are easing their quarantine restrictions for anyone re-entering the country from their holiday meaning British tourists can now head to certain countries including Italy, Greece and France without having to worry about staying home for two weeks afterwards.

The rules apply to nearly 75 different countries however flights are still restricted so resorts are continuing to have difficulties filling their rooms. America is not as yet on the list due to the continuing increasing of positive case numbers across the country.

The Indonesian island of Bali is another country that has seen a partial re-opening. The island has been in lockdown for three months but there is now some good news for residents and any holidaymakers who have been stranded there.

Some of the businesses, hotels, restaurants are being allowed to reopen, however those wishing to enter the country from other areas in Indonesia will have to wait until the end of July, with foreign tourists being allowed back in by September.

In Hawaii, boat tours have restarted with visitors allowed to head out to the USS Arizona Memorial in Pearl Harbor to honor those who lost their lives in the 1941 attack on the area. These tours will be limited to 50 people at a time and must be booked in advance.

Moving across America, Disney is looking to reopen some of their parks despite protests from employees, customers and unions. Strict restrictions will be in place although many are predicting that numbers will be low due to the high numbers of covid-19 cases in the surrounding areas.

After celebrating keeping the number of cases relatively low, Australia has seen a surge in new cases that has seen borders close around Victoria in an attempt to stop the virus spreading across the country.

Melbourne has seen a spike of cases in the last week and panic appears to have set in, particularly in Western Australia who have closed their borders to all states, not just Victoria. A move which billionaire mining magnate Clive Palmer slamming the decision as ‘ridiculous’.

However there are some countries, which are continuing to remain closed, making residents resort to other measures to get their traveling ‘fix’.

Passengers in Taiwan, which has only had 451 cases of Covid-19, have been taking part in ‘fantasy flights’ organized by Taiwan’s Civil Aviation Authority.

The move has been seen as a way to highlight the ways the spreading of coronavirus can be spread and allows passengers to board a flight, which does not take off. Passengers had to enter an online draw to win a ticket for the activity that took place at Taipei International Airport.

Whether or not a country has decided to reopen, even partially, there will be restrictions and rules in place that travelers must adhere to.

Greece has announced that any incoming traveler arriving via the Bulgarian border must carry proof of a negative Covid-19 test result. The test must have been carried out in the 72 hours previous to traveling and officials believe this will allow them to reopen their tourism season, a period which provides the country with the majority of their economy.

Italy is continuing to monitor the situation closely and just this week banned any incoming flights from Bangladesh after 37 passengers on a flight tested positive for the virus. A further 112 Bangladeshis were turned back after they flew into the country on a Qatar Airways flight that had stopped in Doha, Qatar on it’s journey from Pakistan. All other passengers on that flight were tested for coronavirus before being quarantined.

Domestic travel in America has continued to gradually reopen however the recent surges in positive coronavirus cases has meant that some airlines have had to pause their schedules for the remainder of July as well as August.

Although Americans are still on the banned list for many countries, steps are being taken to allow us to travel.

Mexico is one of the first countries that has agreed to let Americans visit however you can only fly into the country as land borders are still closed.

Americans can also fly to some Caribbean countries although recent reports show that the virus is most prevalent in countries in the region so it is important that you research where you want to travel first.

However Canada has continued to keep their borders – both land and sky – closed to America except for essential reasons and this continues to be the case until at least July 21. Although travel restrictions may be lifted by the end of the month we will still have to quarantine for 14 days on arrival, a policy that is expected to continue throughout August.

How To Alleviate Eye-Strain From Screen Usage

Disney World To Re-Open Despite Coronavirus Fears
Scroll to top