Blog - Latest News
You are here: Home1 / News2 / Science News3 / WHO Study Supports Idea That Cheap Steroids Can Save Lives From Severe... 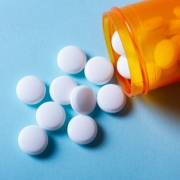 Many global and national trials are currently taking place to try and uncover effective treatments to Covid-19, and ultimately a vaccine to prevent any future deaths. This week an encouraging breakthrough was made as a report published in JAMA (the Journal of the American Medical Association) by the World Health Organisation (WHO) confirmed earlier studies that certain cheap steroids can save the lives of those suffering from severe covid-19.

This is a very positive discovery in the fight against the virus that has been the defining feature of 2020 so far, but researchers are also keen to stress that these steroids are not a coronavirus cure. As reported by James Gallagher for the BBC, Prof. Anthony Gordon from Imperial College London said: “At the beginning of the year, at times it felt almost hopeless knowing that we had no specific treatments,” “It was a very worrying time, yet less than six months later we’ve found clear, reliable evidence in high quality clinical trials of how we can tackle this devastating disease.” Prof. Gordon added.

Initial indications that anti-inflammatory steroids could prove effective were discovered in June by the UK’s RECOVERY trial. This trial found that a steroid called dexamethasone could be a powerful tool in saving the lives of those suffering with severe covid as deaths for patients on ventilators reduced by a third and deaths reduced by a fifth for those on oxygen support. Since this trial, the steroid has been used to treat critically ill covid-19 patients in the UK.

Many countries across the globe have been conducting their own trials into effective coronavirus treatments with this latest WHO report analyzing the results of seven randomized clinical trials, confirming the findings of these trials that took place earlier on in the year, as reported by the New Scientist. Alongside confirming the benefits of dexamethasone as a treatment, the WHO also studied the results of trials with methylprednisolone and hydrocortisone and deemed them also effective in helping to treat the effects of coronavirus. Hydrocortisone is another steroid that has traditionally been used to treat asthma and allergies and it’s anti-inflammatory properties have been deemed beneficial to lessening the impact that coronavirus has upon the immune system.

Out of the 1,703 severely ill patients tested as part of the trial 40% died when they were only subject to the standard treatment or placebos, whereas 32% died after a 28 day period when given one of the steroids; highlighting the positive impact that the use of steroids can have on the mortality rates of critically ill patients. These studies were conducted on some of the most ill hospital patients as most people do recover from the virus and steroids are not thought to be effective in alleviating the early symptoms of a loss of taste and smell, cough and fever, as reported by the BBC.

Despite these advancements in treatment by the WHO and national government trials, the search for an effective cure and vaccine continues. The US has recently confirmed that it will not join the international search for a vaccine as this is being led by the WHO in partnership with the Coalition for Epidemic Preparedness Innovations and Gavi, the Vaccine Alliance, that is being participated in by more than 170 countries.

As reported in the Washington Post Judd Deere, a spokesman for the White House said; “The United States will continue to engage our international partners to ensure we defeat this virus, but we will not be constrained by multilateral organizations influenced by the corrupt World Health Organization and China,”. This comes as the number of coronavirus cases in the US reaches more than 6.1 million.

Deere also commented “Under President Trump’s leadership, vaccine and therapeutic research, development, and trials have advanced at unprecedented speed to deliver groundbreaking, effective medicines driven by data and safety and not held back by government red tape,”. Thereby placing all of the emphasis on the United States’ ability to produce an effective vaccine in isolation.

The decision by the Trump administration has been criticized by top WHO officials including Suerie Moon, co-director of the Global Health Center at the Graduate Institute of International and Development Studies in Geneva, who said it was a “real blow” to the Washington Post.

As the number of cases continue to rise, albeit in most countries at a slower rate than that of earlier in the year, and we look to find a way to live alongside the virus whilst a vaccine is being worked on by the world’s top scientists, uncovering common and cheap treatments, such as anti-inflammatory steroids, is essential to reducing mortality rates. This positive breakthrough will hopefully pave the way for further treatments to save more lives.