Blog - Latest News
You are here: Home1 / News2 / Science News3 / Why Vaccine Trial Pauses Are Par For The Course 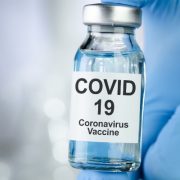 The race to find a vaccine for the novel coronavirus is one which is fraught with uncertainties and frustrations, the latest being a temporary pause in the international Phase 3 Covid-19 vaccine trial by AstraZeneca. A participant experienced an adverse reaction which could potentially have been linked to the vaccine and the company made the immediate decision to halt the trial, which included participants in a number of countries.

Given the fact that just one participant was affected, many have praised AstraZeneca for their responsible and swift action. In unconfirmed reports, the company’s chief executive Pascal Soriot is alleged to have revealed that the woman was from the UK and had experienced ‘neurological symptoms consistent with a rare but serious spinal inflammatory disorder called transverse myelitis’. She is believed to be recovering in hospital and is likely to be discharged within the coming days. It was also revealed that the trial was previously halted in June after a participant also experienced neurological symptoms, however these were soon found to be related to multiple sclerosis and not linked to the vaccine.

Naturally such a bump in the road has caused concern across the globe and was seen as a major stumbling block in the process, but others have stressed that this is an entirely normal part of clinical trials, and simply indicates just how thoroughly they need to be tested before being rolled out to the general public. Participants in clinical trials often fall ill for a variety of reasons and the challenge is to determine whether it is caused by the vaccine, external influences or simply would have happened naturally anyway. Sometimes the cause of the reaction is obvious, due to a further medical diagnosis of an unrelated condition, and sometimes it may simply be speculative, without any hard proof either way. The important thing to note is that this should be expected. The difference is that most trials are not in the public eye to the same extent as the Covid-19 vaccine is, and aren’t faced with the same pressures to bring a solution to market as quickly as possible.

There is much concern in the medical and pharmaceutical field about rushing through a vaccine without the proper processes. Unfortunately when it comes to medical testing in humans, there really is no shortcut. Drug manufacturers need to be absolutely sure that they have tested, tested and tested again before allowing any new drugs to enter the marketplace, which is why many researchers have focused their efforts on repurposing existing drugs. Finding that an existing, already approved drug would mean that they could skip phase 1 trials and move straight to phase 2 or 3, saving significant time.

This was the case when it was found that popular painkiller Aspirin could also be taken to help prevent heart disease. Astemizole was originally developed as an antihistamine but it was then found to be effective in treating malaria. In fact, there are entire research companies that dedicate their time to exploring new uses for existing drugs.

The average time to take a drug from clinical trial to market is around 6 to 7 years, with some taking as long as 10 years to finally become available to the mass market. This clearly presents some difficulties when the world is faced with a new threat such as COVID-19, and the only real solution to getting life ‘back to normal’ is either a vaccine or medicine to treat it successfully and prevent serious complications or death.

There is an even bigger hurdle to overcome once a suitable vaccine has been found, persuading mass audiences to have the vaccine. Now apart from the ‘anti-vaxxers’ who are against any kind of vaccines, there is going to be much work needed to reassure the general public that this new vaccine is safe and that parents feel ok about giving it to their children. Now I say this in jest (well mostly) but all I keep thinking of when I hear about these vaccines is the movie I Am Legend with Will Smith. In this movie, a vaccine for cancer was discovered and rolled out to the world, only to find that it caused people to turn into people-eating zombies, leaving Will Smith’s character as seemingly the only person in the world. Admittedly this is entirely fictitious, but it does show just how devastating it could be to think a vaccine is safe only to find out much later that it wasn’t at all. And realistically, the speed at which a COVID-19 vaccine needs to be brought to market means we will have no visibility to its long term impacts 5,10 or 20 years down the line.

No matter how frustrating life is at the moment, we must all let the scientists and researchers do their thing and give them all the time they need to make sure any vaccines approved are the safest and most effective armory against the novel coronavirus.

Coronavirus Killing Confidence in Flying with a Call To Review Quarantine R...
Scroll to top