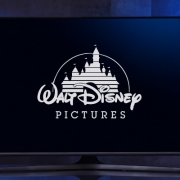 The film industry was brought to a grinding halt on several occasions during the coronavirus pandemic, from long-standing TV series to feature films, shooting and production across the board were forced to temporarily pause. As lockdown procedures have eased in some locations, many film productions have begun to gear back up and some countries have reopened cinemas welcoming back cinemagoers. Due to various setbacks many major feature films that were due to be released this year have already been delayed or are facing further delays. Production companies are making decisions on when the most lucrative and opportune time to release films to cinemas will be. A major player is of course the global conglomerate Disney, which is responsible for the popular franchises such as Pixar, Marvel Cinematic Universe, Star Wars, Disney Animation and more. Many films from Disney have already been delayed several times this year and those that had not been pushed out of this year’s release schedule, are now approaching their premiere as we move into the latter part of 2020. However, rumours that Disney may delay some of these highly anticipated films again are circulating.

Recently, Disney made the decision to take the billion-dollar grossing film, Mulan, away from cinemas entirely, opting to release it on their own streaming service, Disney+, at a premium price. Subscribers to Disney+ would be able to purchase the film at $30 in the US, and £19.99 in the UK, and would be able to access the film for the duration of their subscription. Many have been outraged by this decision as Disney’s Mulan was among other highly grossing films that would help to resuscitate the cinema industry. Fans have also been outraged by such a high price point on top of the usual subscription charges. After this move, to which Disney commented that it was a one-off trial run, many have feared that Disney’s other imminent films such as Marvel’s Black Widow and Pixar’s Soul, would follow suit.

Many fans have long been awaiting an independent Black Widow film ever since most of the characters from The Avengers received their own spin-offs. After the release of Wonder Woman, studios decided to produce more female driven superhero films, culminating in the recent success of Captain Marvel. The next female-driven Marvel film, Black Widow was due to be released in March 2020. Due to the coronavirus pandemic and several adjustments to release schedule, currently Scarlett Johansson will lead the Black Widow ensemble on the silver screen in November. However, Empire reported that Disney may be looking to move that release date once again. Suggesting that the film may still be set for a cinema only release but will move into 2021, likely pushing back Marvel’s next release, Eternals in February.

Black Widow, will star Scarlett Johansson in the titular role alongside Florence Pugh and Rachel Weisz, with the return of Robert Downey Jr. Although not exactly an origin story, the film synopsis narrates: ‘at birth the Black Widow (aka Natasha Romanova) is given to the KGB, which grooms her to become its ultimate operative. When the U.S.S.R. breaks up, the government tries to kill her as the action moves to present-day New York, where she is a freelance operative.’

Empire also suggested that Pixar’s Soul, which is the next computer animated feature from the highly successful company, Pixar Animation Studios, may also be pushed from its November release date. Suggesting that it could also head to Disney+, either via a premium or standard release. However, Deadline, noted that a Disney insider disputed these claims affirming that the feature would stay scheduled for theatrical release.

Pixar films are often highly regarded and critically acclaimed, and Soul is set to be no different. Narrating the story of “Joe (who) is a middle-school band teacher whose life hasn’t quite gone the way he expected. His true passion is jazz — and he’s good. But when he travels to another realm to help someone find their passion, he soon discovers what it means to have soul.” The film is directed and written by Pete Docter and Kemp Powers, starring Jamie Foxx and Tina Fey.

The decision to release movies at a later date may coincide with the lockdown restrictions and people’s general comfort with attending movie theatres during the pandemic. However, as cinemas struggle to lure in viewers, these Blockbuster films are of great help. Deadline reported, ‘according to a recent NRG poll, 51% of moviegoers are comfortable or somewhat comfortable about returning to the theater during the pandemic — a number that has spiked from the 20-30% in recent weeks. However, 49% are still uncomfortable. Another hurdle — only 41% of all potential moviegoers know that their local theater is open.’