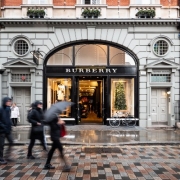 With UK retailers now due to make their usual quarterly rental payments, reports have revealed that just 14% of the total £2.5bn rent owned has been paid, indicating the ripple effect that is now impacting the property sector as a result of the coronavirus pandemic.

This alarming figure was calculated by commercial property management platform Re-Leased and reported by the Guardian newspaper, and is certainly an indicator of what is to come, as the financial impacts of lockdown are now playing out in terms of reduced sales, income and available cash to meet financial obligations such as rent. In a recent article we revealed that INTU Properties, one of Britain’s largest shopping center owners, was facing financial difficulties and was relying on its lenders granting a debt repayment holiday in order to avoid going into administration. This was refused and the company has now entered administration although it has been stated that the shopping centers it owns will continue to trade.

Naturally with retail shops closed during the lockdown, INTU has been unable to collect rent from its own tenants, which in turn has left them with a cash shortfall in which to make their own debt repayments. INTU going into administration is symbolically catastrophic for the UK retail sector at what is already a dangerously precarious time for all retailers. INTU has a significant presence across the UK, including owning the popular Trafford Centre in Manchester, so this sends worrying signals down the chain, if INTU can’t survive, what hope do smaller retailers have of keeping their heads above water over the coming months?

The Guardian also reported that nationwide food outlet Pret a Manger had announced it would only be paying 30% of its next rent bill due to cashflow issues. Whilst the company’s outlets have all remained shut, many of its office workers were continuing to work from home and the company was losing ‘tens of millions of pounds each month’ during the closure.

As this is the first quarterly payment due for which lockdown has been present throughout, it is the first real indicator of the knock on effects of the coronavirus on the commercial property sector. Although there have been incentives such as the Coronavirus Business Interruption Loan Scheme and mortgage payment holidays, the brutal reality is that these handouts simply aren’t enough to sustain any retail business indefinitely. Although retail outlets have recently reopened in England, it is clear that it is going to take some time before they have sufficiently recovered and even with business resumed, it is likely to be at a much lower capacity than before, as limitations on numbers of shoppers mean that far fewer transactions will be going through on a daily basis than during pre-covid times.

This isn’t just the case for clothing retailers either, those shops, cafes and restaurants who rely on the trade from nearby offices will also notice extreme reductions in footfall, as many organizations continue to support their staff working from home. As this situation continues, there are questions being raised as to whether all of these workers will even return to the office at all. Some organizations have invested heavily in creating an infrastructure to allow their staff to work efficiently from home, and if this is working effectively, many will question whether there is any need to revert back. Keeping their staff working from home means that organizations have to spend less on implementing new equipment and layouts to ensure that their premise remains ‘Covid-Secure’ and will also be saving them money in reduced energy bills at empty premises. The biggest worry of course for the landlords of these properties is whether their tenants will opt for smaller properties at the end of their tenancy, or simply get rid of their physical presence entirely.

This may seem like it is simply a problem for the property sector, but it is worth bearing in mind that many investors are in fact, pension-based funds, so the impact is much wider indeed. Such investors are simply not willing to risk their funds being lost through bailing out a company which is already in financial difficulty and so are unlikely to provide much leniency in the way of payment negotiations. In fact, this very situation was cited as one of the main reasons that INTU was unable to secure the debt repayment holiday they needed to avoid entering administration. Sadly their request was not honored and others will no doubt follow. What’s clear is that this is likely to become a very complex and messy affair, where property, which has always been considered one of the most stable investments to make, could well see its legs swept from under it.